Even before Timur Sardarov took over the leadership of MV Agusta from Giovanni Castiglioni just a few years back, he was already credited with the important growth throughout the enlargement of its product pipeline ranging from 3 to 4 cylinder motorcycles. Castiglioni later on,  recommended to its board of directors that Sardarov be appointed as the company’s future CEO. Today, under Sardarov’s leadership, MV Agusta is teaming up with Chinese motorcycle manufacturer QJ Motor to aid in the distribution of the Italian brand’s motorcycles within the country.

Fekon Co. initially implemented the launch phase of MV Agusta’s growth program in China. With its new partnership with QJ Motor, the brand will continue where Fekon left off. With seven mono-brand stores that MV Agusta has all over the region now under QJ’s control, they now plan to further expand and strengthen its dealer network with the addition of 21 more stores in the next 12 months.

I am thrilled about this agreement with QJ for the second phase of our expansion into the Chinese market. It is a very ambitious long term partnership that will make MV Agusta the number one Italian premium motorcycle brand in China in the next 5 years. QJ is one of the leading global players in terms of scale, market presence, and quality standards and I am confident that with such a solid partner we will reach, and possibly beat, all our commercial objectives very rapidly. We are also developing a further, important collaboration on the industrial front, which we will announce shortly.
Timur Sardarov
CEO, MV Agusta S.p.A. 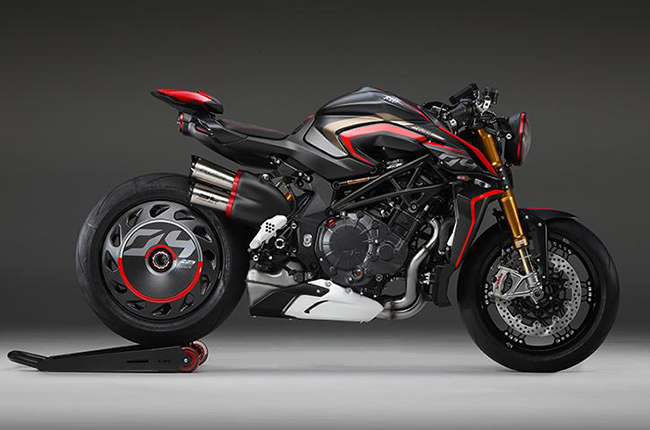 QJ Motor is no stranger to doing business with iconic Italian motorcycle brands. The Chinese motorcycle brand currently owns the Benelli brand and has just recently released a whole raft of motorcycles and a brand new four-cylinder engine designed from the old version of the Brutale 1000 RR. The similarities of the new engine and one of its naked motorcycles could have resulted from a license agreement as a result of the strategic partnership between MV Agusta and QJ Motor.

Benelli could be releasing a new lineup of motorcycles.

With the newly-established tie-up between the two companies, Dongshao Guo expressed his gratitude towards the partnership. He stated, “We thank MV Agusta for choosing to establish a new strategic partnership with us. MV Agusta is a world-famous brand with a long history, and also an old friend and close partner of Qianjiang Motorcycle. This cooperation is not only a strong combination of the two sides' business but also further recognition of the brands and ideas of each other.”