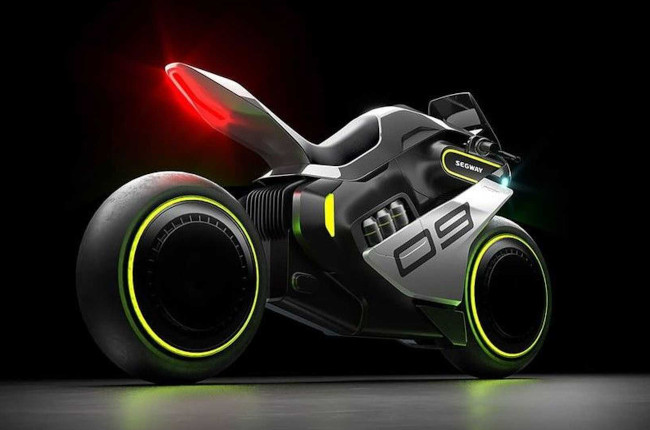 The steady increase of fuel prices all over the globe, as well as the heightened interest towards more sustainable and environmentally friendly mobility solutions has given rise to countless startups developing electric vehicles. Apart from these new players in the EV game, several old-timers have also revamped their product offerings in order to cater to the increased demand for electric vehicles.

Now, you may be familiar with Segway from Ninebot, those nifty self-balancing two-wheeled vehicles that we often see in airports and other public places. Now, the folks from Ninebot have unveiled what could quite possibly be their most technologically advanced product to date. Granted of course, this is just a concept, however, if this becomes a reality, then it surely paints an exciting picture for the future of motorcycles. What you’re seeing here is what Segway is calling the Apex age 2. No this concept hydrogen electric hybrid motorcycle is undoubtedly a very ambitious project. 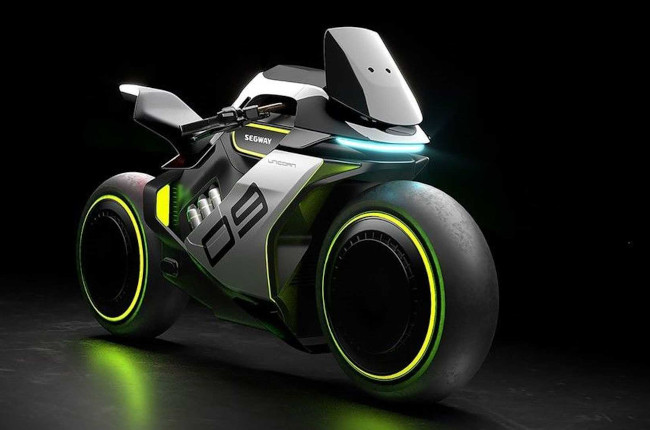 Ninebot is targeting to launch the Segway Apex H2 motorcycle by 2023. At present, however, this machine looks like something straight out of a science-fiction movie. The bike's design is extremely eccentric and features single-sided swingarms both up front and outback. As outlandish as the concept may seem, the technology behind it is by all means grounded in science-fact. It is just a matter of time until scientists and engineers are able to perfect this technology and roll it out into a production ready vehicle.

Segway plans to employ both electric and hydrogen power to propel the Apex H2. The bike will feature replaceable hydrogen canisters as well as replacement cartridges which can be refilled. This has been done in order to account for the lack of electric charging infrastructure all over the world. On top of this hydrogen powered train, this concept motorcycle will also feature a fully electric motor. In total the Segway Apex H2 produces a theoretical 80 hp and can reach 0 to 100 km/h in an impressive four seconds. The bike’s top speed is limited to 150 km/h.

If and when the Segway Apex H2 does make it into the market, Ninebot hopes to price it at an MSRP of US$10,700, or the equivalent of around P535,000. Would you like to see high-tech hybrid electric motorcycles like this in the future?