When it comes to sportbikes, few manufacturers have as many bikes on offer as Yamaha. Interestingly it is very well possible to swing a leg over a Yamaha R15, and eventually make your way all the way up to the Yamaha R1. Granted, of course this will take quite a bit of patience and practice, as making the most out of a liter-class supersport undoubtedly takes a lot of skill.

That being said, Yamaha currently has a few bikes in the middle of the R15 and R1 in the form of the R3, and the now-discontinued R6, which, if you’re lucky, can still be picked up brand new off the showroom floor. Just a couple of weeks ago, it was confirmed that Yamaha is currently developing yet another sportbike in the form of the R7. Although positioned as the replacement to the R6, the R7 is expected to come equipped with a 689cc crossplane parallel-twin, just like the engine we find in the Yamaha MT-07. 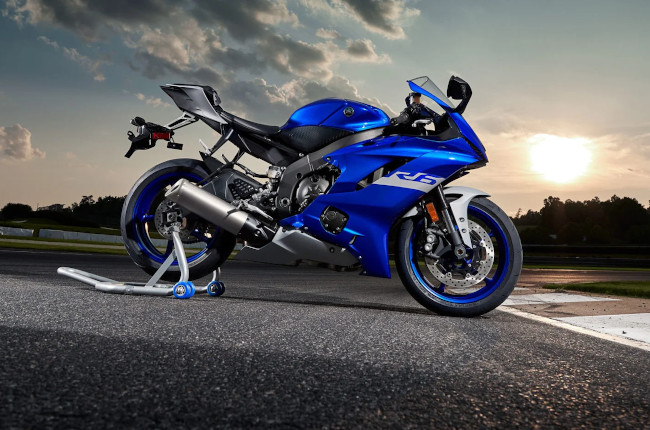 Now if you’re as excited as we are about the upcoming YZF-R7 sportbike, then you’re in for a treat, as Yamaha could soon be releasing even more sportbikes bearing the YZF-R namesake. In fact, the Japanese motorcycle giant recently secured patents for a fleet of R-series bikes ranging from 1 to 9, as well as 15, 20, and 25. That makes for a total of 12 patents for R-series bikes. At present, we already know that the R1, R3, R6, R15, and R25 exist in certain markets. With the recent news of the R7 being underway, we could see even more sportbikes from the Japanese motorcycle manufacturer.

How would you like to see a Yamaha YZF-R4? Surely, this bike would make for a stellar addition to the already impressive fleet of expressway-legal motorcycles in the local market. Granted of course, just because Yamaha has secured patents for these new bikes doesn’t mean that they’ll be rolling them out right away. That said, all we can do is wait and see what Team Blue has in store for us.