MV Agusta has been getting a lot of press lately. Its CEO Timur Sardarov hired new executives to form part of its new team of directors which includes Filippo Bassoli, the marketing genius behind Deus Ex Machina, and Giorgio Mazzotti the new design head of the Castiglioni Research Center, MV Agusta’s design house. Recently, Timur Sardarov revealed the plans for MV Agusta’s future through a question and answer segment done through its social media platforms from questions submitted by its loyal followers. 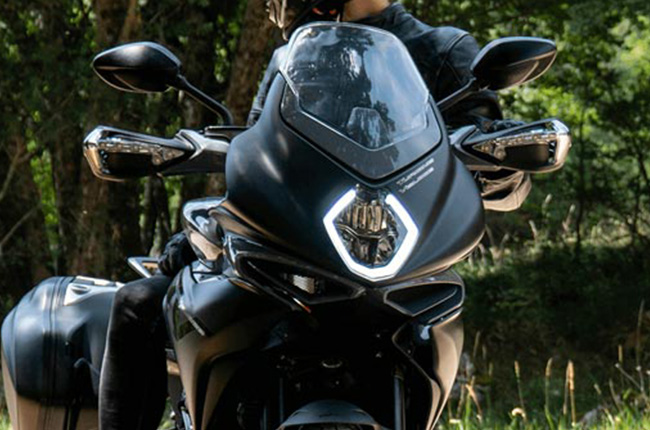 One of the first questions that Sardarov addressed involved the expansion of MV Agusta’s current lineup of motorcycles. He revealed their future plans of releasing their own version of a scrambler after seeing so much positive response from the market to this growing segment. Thus, their very own scrambler would likely be powered by the same 800 cc three-cylinder engine seen from its Brutale 800 albeit, tuned differently for its purpose. The same engine has already been used throughout MV Agusta’s lineup including the Turismo Veloce 800 and it has been seeing much success from the engine format. He emphasized the brand’s preference for not scrimping with fully-specced components. With that said we can expect the new scrambler to have a 5.5-inch full-color TFT display with Bluetooth connectivity and a slew of electronics similar to its other bikes. 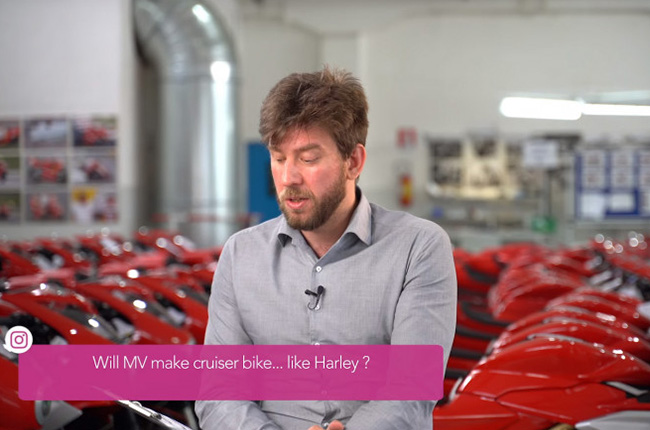 Sardarov also revealed its plans of releasing a cruiser type motorcycle in the future. However, he revealed that plans of releasing a cruiser may still be a couple of years down the road from their plans, if not in the next two years or so. We can still expect this new motorcycle to be equipped with its latest hardware in terms of suspension and braking systems. A semi-active suspension system will be incorporated into its upside-down front forks paired with a mono-shock set-up for the rear.

He also revealed that with the tightening emissions standards currently being implemented throughout the motorcycle industry, MV Agusta has been looking into making use of turbos for their engines. With the new technology, it will be able to maintain the power output of their motorcycles which its fans have grown to love and expect from the brand. With its future plans looking to be well underway, it seems that MV Agusta has no plans of slowing down with expanding its offerings.