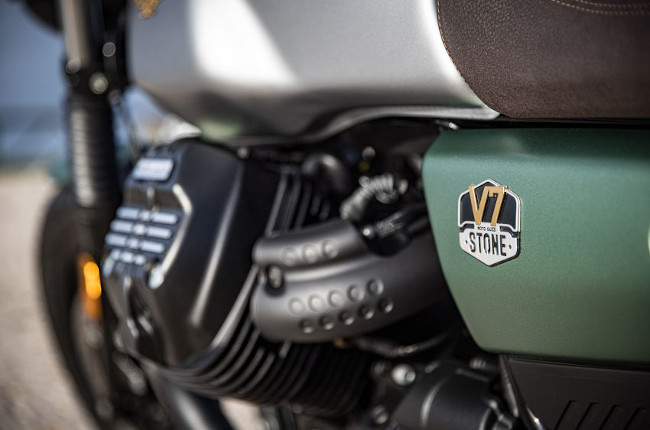 Moto Guzzi is considered by many as one of the most unique and visually striking motorcycle manufacturers in the world. Hailing from Italy, just like its counterparts, Aprilia and Ducati, among others, Moto Guzzis always seem to carry with them a unique aura—one that exudes art and passion. Founded in 1921, the iconic Italian motorcycle manufacturer celebrates its centennial anniversary this year. Of course, they won’t let this milestone come to pass without rolling out something special.

That being said, Moto Guzzi is releasing three limited series models clad in Centennial Livery. These models will only be available throughout 2021. Consisting of special edition variants of the Moto Guzzi V7 Stone, V9 Bobber, and V85 TT, the bikes are truly unique, and accentuate Moto Guzzi’s quirky design language. Sporting a matte green paint job with complementing metallic gray colors, the Centennial Livery has been inspired by the Otto Cilindri 500 Championship race bike of 1955. The Centennial Edition motorcycles also come with a faux leather seat dyed in a matte brown finish to give a sharp contrast to the paint work. This gives the bike an even more stunning retro aesthetic. As of the moment, there isn’t any word just yet as to when Moto Guzzi will be launching the Centennial Editions of their motorcycles in the Philippine market. We’re pretty sure it’s just a matter of time though. That said, if you’re eager to get your hands on one of these beauties, you can order these bikes in their standard liveries at any time. For reference, the Moto Guzzi V9 Bobber Sport is priced at P750,000. The V7 Stone on the other hand, will set you back P650,000, and the V85 TT comes with a sticker price of P830,000.