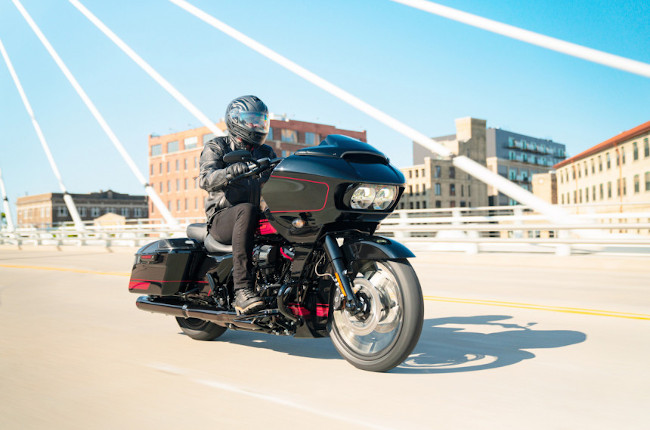 Harley-Davidson has kicked off 2021 with a variety of updates to its model lineup. The iconic American motorcycle manufacturer has unveiled 5 new models in an online event geared towards the company’s Rewire strategy. For 2021, the Milwaukee-based motorcycle company is gearing its efforts towards appealing to a larger audience across the globe.

For starters, the 2021 Harley-Davidson Street Bob 114 was featured as the newest member of the Softail line. Designed to be the lightest Softail, the Street Bob 114 is equipped with a massive 114 cubic inch engine. This translates to 1,868cc. Now if this is the most lightweight Softail, imagine just how big the others will be. Moving on, the Motor Company has also updated the Fat Boy 114. Mostly aesthetic updates, the new Fat Boy features a lot of chrome finishing on the engine and exhaust—reminiscent of classic Harley styling. The chromed out parts make a comeback after the previous model featured a more subdued satin finish. Now, for those of you who enjoy traversing kilometers on end on the highway, Harley-Davidson has also given a few notable updates to its Touring line of motorcycles. These baggers are equipped with a large amount of storage space, as well as adequate wind protection. That being said, the Street Glide Special and Road Glide Special get new two-tone color schemes, and an option of chrome or blacked-out components. The Road King Special and Street Glide Special get new LED headlights. The three baggers also receive an engine guard for added protection in case of a tip over. To top it all off, all Touring models have been fitted with a Boom! Box GTS touch-screen infotainment system equipped with Android Auto and Apple CarPlay.

The entire Custom Vehicle Operations (CVO) model range also gets some love in the form of an all-new Rockford Fosgate audio system. The new infotainment system consists of speakers and amplifiers designed specifically for use on Harley-Davidson’s machines. Apat from the revised audio system, all 2021 CVO models have new color schemes and chrome styling options. The bikes are also now equipped with RDRS Safety Enhancements which is basically a suite of sophisticated rider aids. Cornering ABS, cornering traction control, vehicle hold control, and tire pressure monitoring are some of the features found in the RDRS Safety package.

“Harley-Davidson enters 2021 focused on motorcycling as an emotional experience. The timeless pursuit of adventure and freedom on the open road is the foundation of our heritage and the vision of our future. As we enter this new year and a new riding season, fueling that desire is more important than ever.”
Theo Keetell
VP Marketing, Harley-Davidson

At the event’s closing, Harley-Davidson announced the launch of their first full-fledged adventure bike, the Pan America. Slated for launch on February 22, the company will be holding a digital event dedicated solely to the launch of this new bike.