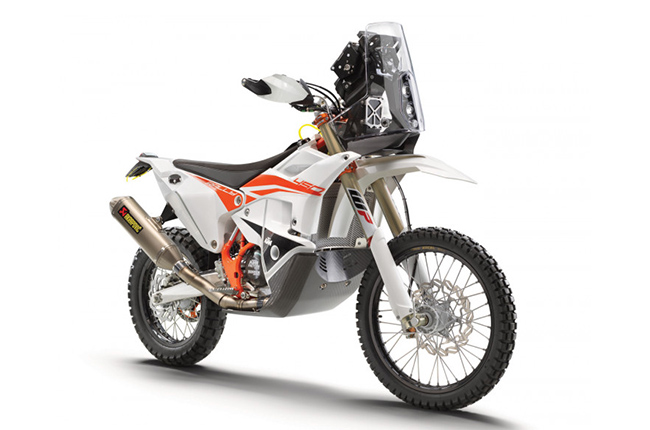 The KTM brand has practically been synonymous with off-road, enduro, motocross and desert rally racing where it’s motorcycles have been dominating one of the toughest off-road races for nearly 20 years straight, the grueling Dakar Rally. Today, KTM is now producing its race-winning 450 Rally Replica in an extremely limited run of only 85 units to give its customers a chance to experience what it’s like to ride its top-performing race-spec off-road motorcycle. The 450 Race Replica is packed with the same performance components requested by its top off-road, enduro, and Dakar competing factory team riders Toby Price, Matthias Walkner, and Sam Sunderland. They all were crucial in developing its new transmission which is honed with a brand-new gearbox and revised shift mechanism to give it the same feel of the competition bike they used in the Dakar races. Its transmission system was influenced by PANKL Racing Systems with KTM technicians able to hike its reliability while at the same time, benefitting the rider with a larger gear spread. Its other components also include a refined WP XACT PRO closed cartridge suspension system with sophisticated Cone Valve technology. The 450 Race Replica is also equipped with purposeful aerodynamics and ergonomics for peerless handling capable of taking the toughest of terrains and harshest of conditions. The 2021 KTM 450 Rally Replica will be sold at EUR25,900 + VAT and shipping or roughly around P2,000,000. However, the caveat remains that due to its very limited production run for 2021, procuring a unit will be extremely difficult with hundreds of privateer teams on the waiting list of its orders.

Just to manage expectations, only 85 units will be produced worldwide. And professional rally privateer teams are also on the waiting list.
Gani Baybay
Head of Sales, KTM BGC

For those would-be souls who wouldn’t be lucky enough to have a chance on the KTM 450 Rally Replica, KTM Philippines still offers the locally-produced 790 Adventure R which could practically be the next best thing to it. After all, the 790 Adventure R was still designed with the Dakar Rally in mind. With a few after-market tweaks, a navigation tower, and the right decals, you can still achieve the same look and feel of its race-winning 450 Rally bike.