It’s an undeniable fact that electric motorcycles will soon be the norm. As it would turn out, the internal combustion engine is, unfortunately, unsustainable due to the fact that it relies on fossil fuels to operate, as well as the emissions it releases into the atmosphere.

Although electric motorcycles have yet to thoroughly replace their internal combustion counterparts, several OEMs have joined forces in ensuring that the future of motorcycles remains convenient for both enthusiasts and commuters alike. Namely Honda, Yamaha, KTM, and Piaggio all announced that they are working together to create a consortium geared towards swappable batteries for electric motorcycles and other lightweight electric vehicles in the future.

Could future Honda motorcycles come with a drone? 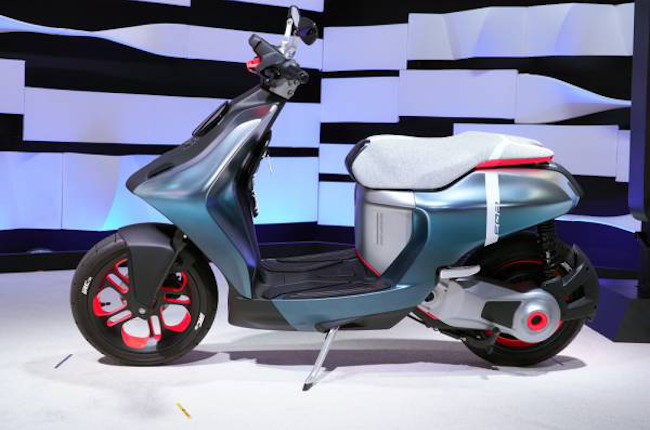 The four major OEMs seek to address the multitude of problems and growing pains being experienced by those making the shift to electric power. Among these pain points include range anxiety due to substandard or inadequate batteries, as well as range anxiety brought about by the lack of fast-charging infrastructure. Going into more detail, the consortium seeks to establish a set of defined technical specifications for interchangeable batteries between OEMs. These batteries should be designed to power vehicles such as mopeds, motorcycles, tricycles, as well as other lightweight electric-powered vehicles.

The consortium also seeks to involve European and international standardization authorities, similar to what we currently have when it comes to emission standards. Assuming the groundwork is laid out smoothly and seamlessly, we can expect the four OEMs to begin working on their project by May of this year. While we are still a ways away from having electric motorcycles as the norm in the Philippines, several other more developed countries have begun integrating electric motorcycles as well as other EVs into their mainstream transportation scheme. That said, it is only a matter of time before we begin seeing major manufacturers offer electric alternatives to their best selling two-wheelers.