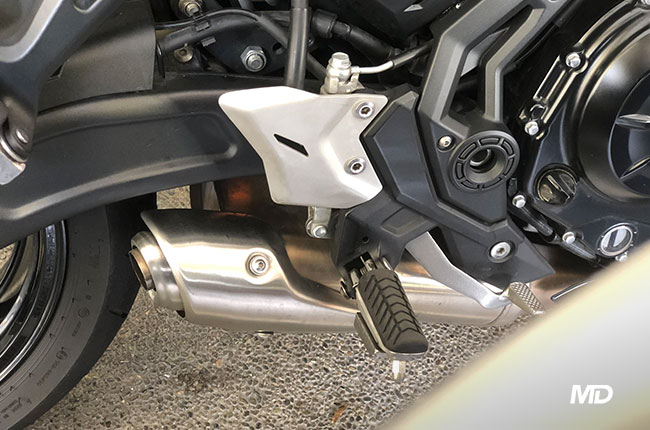 At this point, you may have already heard about Manila City’s proposed ordinance banning the use of any motor vehicle with a loud exhaust system. Colloquially referred to as the new “Anti-Muffler” ordinance, it isn’t really surprising that this new proposal has stirred up quite a storm in the motoring community. As of this writing, the proposal only needs the signature of city mayor Isko Moreno before it gets the green light for implementation.

Councilor Joel Villanueva, the author of Ordinance No. 8145, or the “Anti-Muffler” Ordinance, was quick to bring to light some clarifications, particularly exemptions, when it comes to the proposed ordinance. In a recent interview with radio broadcast DZBB, Villanueva went on air to highlight certain exemptions to the ordinance. According to Villanueva, vehicles that are used for racing competitions, car shows, as well as motorcycles with engine displacements or 400cc and above are exempted from the ruling. While we can’t speak for our four-wheeled brothers and sisters, it can’t be denied that high-capacity motorcycles such as the Kawasaki Ninja ZX-10R produce quite a loud exhaust note, even in stock form, simply because of how large the engine is, and how small the exhaust system has to be in order to fit the bike’s compact package. It must also be noted that the number of big bikes plying the streets of the metro is incredibly small when compared to that of smaller displacement machines.

As for the implementation of the new ordinance, if you’re not a big bike rider or you don’t own a shiny show car or sports car, the PNP and MTPB can’t just outright issue you a ticket for supposed violation of the ordinance. Villanueva assured the public that authorities will be required to measure the loudness of a vehicle’s exhaust system using a decibel meter in order to ensure that the vehicle in question really is violating the ordinance. The councilor stated that Manila City will follow the 99-decibel limit stipulated by the Land Transportation Office.

Having said all that, given that the ordinance has been proposed to improve peace and order by reducing noise pollution in Manila City, you may want to exercise caution by keeping a light hand on the throttle, especially if you’re riding along in your high-performance big bike. Even if big bikes are exempted from the ordinance, a little courtesy for the residents in the area certainly goes a long way.