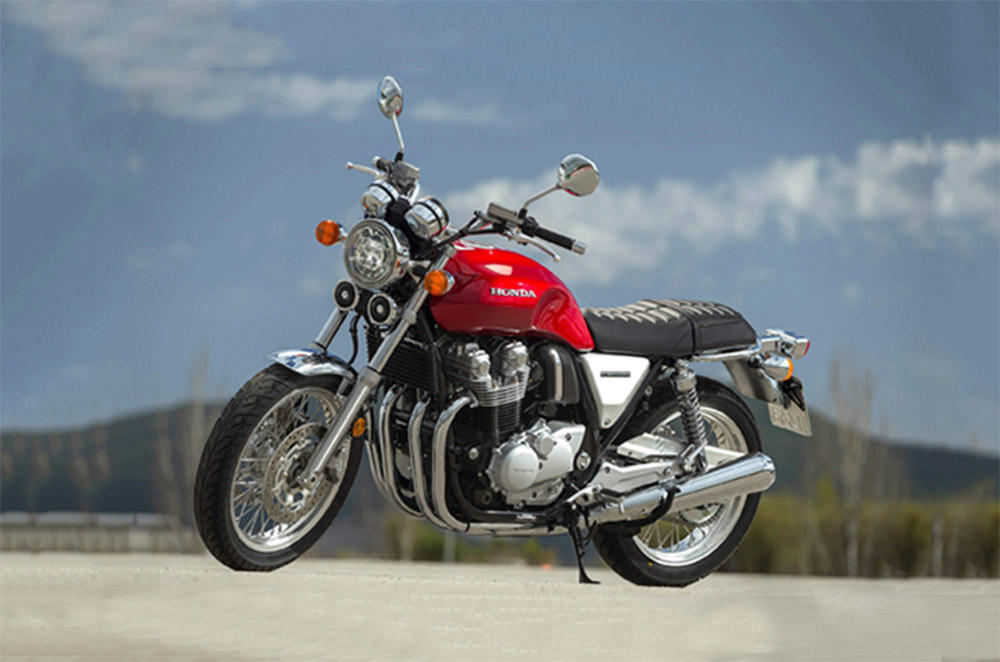 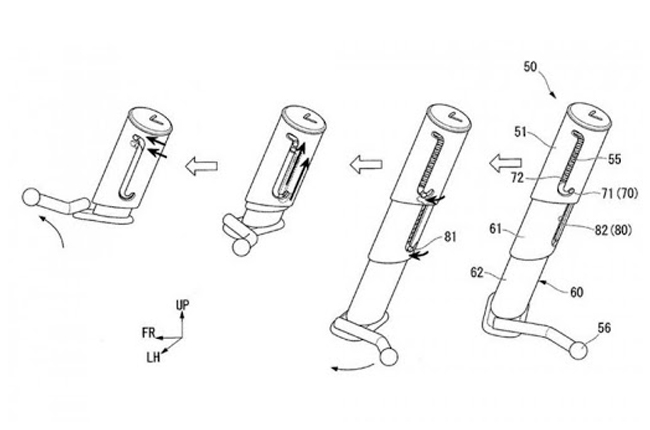 The way motorcycles and bicycles are kept upright has remained unchanged for a long time. As a matter of fact, the tried and tested method of having a pivoting side stand has been around for about a hundred years. The earliest known version of the side stand was developed for bicycles and blueprinted in 1869 by Alfred Berruyer. However, the design we’re all familiar with fitted to nearly every motorbike comes from Eldon C. Henderson’s 1926 patent. Both these designs pivoted at one end and angled in such a way that it was tucked neatly out of the way when raised and swung down when needed. The design remained up until the present day— or at least until Honda decided otherwise.

Honda has recently filed a new patent for an alternative way of using an already tried and tested side stand. The new type of stand is made up of three concentric tubes that slide out of one another to extend. Each section locks into the next peg that fits into a slot. To extend the stand, you push it down and rotate it backwards to engage the pegs into its slots. To retract it, you push the base down to release the peg from the latches which then gets pulled back by an internal single spring. Whether or not the new design presents a technical solution to a novel problem can be left to much debate.

In the first place, it doesn’t really solve the problem of having a small contact point of a side stand that can sink into muddy or soft ground. Neither does the new design neatly tuck away as much as the traditional side stands as the base of the telescopic part is still slightly protruding from the side of the motorcycle in an outward-pointing position. In other words, we can’t even say if you can consider this as a revolutionary and game-changing design.

If anything, the reason they’re filing this patent could purely be for the sake of stopping everybody else from imitating the idea. Just like the recent patents that they filed that consisted of the Honda Goldwing suspension system placed on a new Honda CT125 Hunter Cub, to actually implement it and integrate it into their motorcycles, is highly unlikely.