Another Honda patent has emerged online and it looks like the Japanese brand wants to take on the sport scooter segment and perhaps go against the Italjet Dragster. The sketches from the patent appear to be a big-wheeled scooter that could be a basis for future models. Honda has been making extensive use of its Italian design studio. Among its showcased work was the CB4X which honda rolled out of EICMA last year. This was the work of one of its chief designers, Valerio Aiello from Rome, and now, a futuristic-looking scooter could be Honda’s next concept to display — well, that’s if EICMA still happened this year, which of course, as we all know, already canceled.

EICMA, of the year’s biggest motorcycle shows, is canceled for 2020. In any case, the design of the new concept scooter has neat and clean lines bearing little resemblance to most of Honda’s scooters scattered across the Philippines, and the rest of Southeast Asia where among the brand’s biggest scooter market belongs. It has a stylized front windscreen that seamlessly flows down to its front fairing and leg shields. It then continues to flow down to its running boards and then swoops up again to form its seat unit. The shape formed from its front end to its tail resembles a single brush stroke art piece. 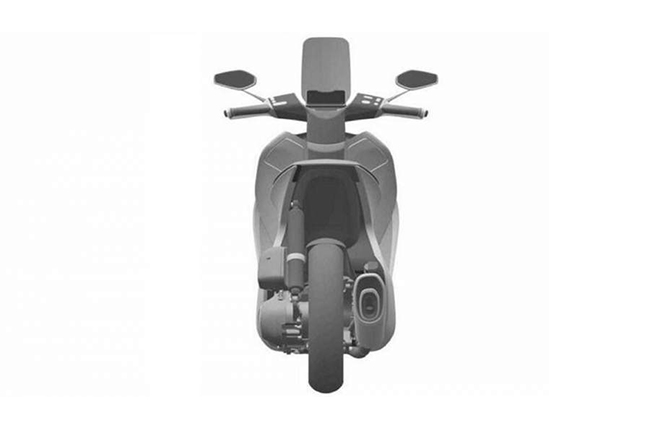 The best part about this new concept, despite being a futuristic-looking scooter, it still runs on a good-old internal combustion engine instead of going the EV direction. Thus, it gives it a better chance of going into production sooner than we think. While we’re all still in the dark about its engine specifications, we can easily assume that it can come in either a 125cc, 200cc, or maybe even 300 ccs.

With a sporty, narrow and sleek profile, this new concept would steal the show it was to be displayed in EICMA, but with the COVID-19 global pandemic putting most major motorcycle shows to a stop, we’d have to wait a little longer before getting a chance to see this new machine in the metal.