Yamaha's push into the electric two-wheeler space is well-documented. Earlier this year, we reported on the Japanese company's intent to launch production versions of the CE01 and CE02 concept scooters from 2019. Now, another Yamaha electric scooter has seen the light of day ahead of both models.

Two new Yamaha electric scooters to go on sale in 2022 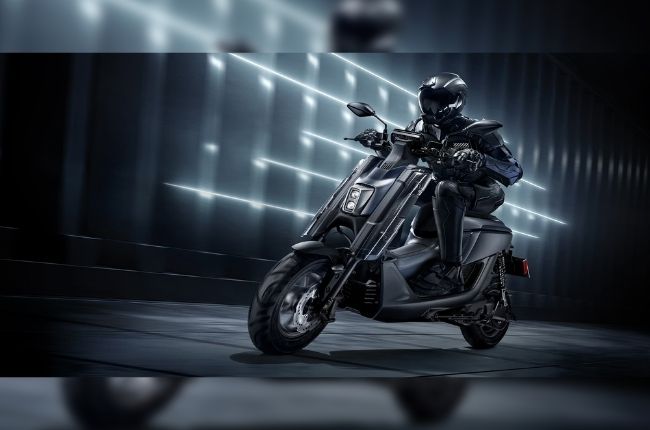 As many in the industry would attest, battery technology remains a significant hurdle for mass-market electric motorcycles. Fortunately, Yamaha has partnered with GoGoro, a Taiwanese company specializing in battery-swapping technology for electrified two-wheelers.

This partnership is significant for Yamaha, as it would gain a foothold in the world's largest scooter market. Taiwan famously has the highest density of scooters globally, making it an attractive destination for any motorcycle manufacturer.

In Yamaha's case, partnering with GoGoro means taking advantage of the company's extensive battery-swapping network in Taiwan. The Yamaha EMF is an all-electric scooter equipped with GoGoro battery architecture. It gets power from a 7.6 kW motor that produces the equivalent of 10.2 hp. As an urban commuter, the EMF can reach speeds of 50 km/h in 3.5 seconds and will have a top speed just below 96 km/h. Its weight will reportedly come in at a mere 114 kg. That would be lighter than the NMAX, which has a wet weight of 127 kg.

Yamaha has yet to confirm range figures for a single battery, but that hardly matters with GoGoro's vast battery-swapping GoStations in Taiwan. There are over 10,000 such stations in the country, servicing more than 330,000 battery swaps daily.

The Yamaha EMF will reportedly go on sale in Taiwan this March. Although GoGoro's technology is truly impressive, it's also why we likely won't be seeing the Yamaha EMF in the Philippines anytime soon. The battery-swapping component is crucial to how the scooter works, and we simply lack the necessary infrastructure to support it. Yamaha's planned fixed battery scooters have a better chance at a local release, but we wouldn't expect them in the country anytime soon.