There’s something about off-road riding that seems to catch the attention of many motorcycle enthusiasts. Perhaps it’s the adrenaline-filled races that we see in motocross, or the inhospitable terrain covered by the talented riders in the Paris-Dakar, whatever it is, some of the most talented motorcyclists in the world find their roots in off-road riding. As such, it goes without saying that riding off-road develops your skills at a whole new level. Everything is just so much more on-edge, with your tires, brakes, and overall balance so much closer to the threshold.

In recent years, we’ve seen dual-sport motorcycles gain quite a following in the local market. With bikes like the Honda CRF150L and recently launched Yamaha WR 155R being popular choices in the beginner premium segment, performance-oriented off-roaders from the likes of KTM and Husqvarna have also begun rolling off showroom floors. Given this, it’s the beginner premium segment that seems to have the most potential when it comes to getting new riders into the off-road fold. In Europe, Aprilia has recently launched the updated version of its entry-level dual-sport motorcycle, the RX 125. Alongside the RX is its supermoto sibling, the SX 125. Positioned as premium entry-level dual-sports, the Aprilia RX and SX are affordable, beginner-friendly, and most of all, extremely capable motorcycles.

Honda CRF300L and CRF300 Rally coming to the Philippines soon 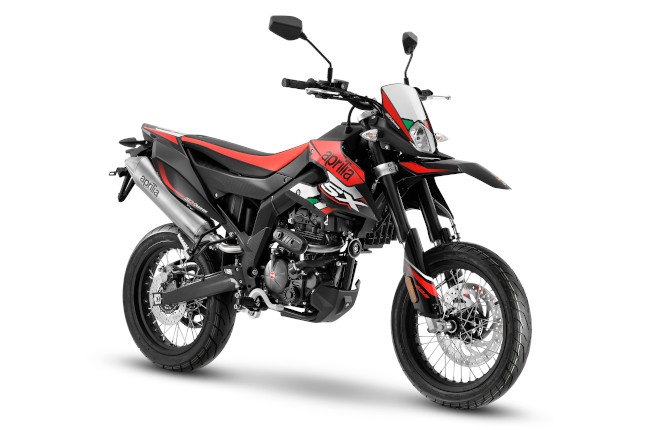 The differences between the RX and SX lie mainly in their configuration. On the one hand, we get an off-road-specific package in the RX. Complete with knobby tires, this bike has been designed for off-road use, thanks to the extra grip afforded by this kind of setup. On the other hand, the SX boasts the classic supermoto setup with road-oriented tires. This offers off-road levels of agility and flickability for the street—undoubtedly a fun ride.

Now, if Aprilia does bring the pair of dual-sports into the local market, the two bikes would be specced on par with their Japanese competitors. The Honda CRF150L, with its 150cc single-cylinder engine produces 12 horsepower, while the Yamaha WR155R, with a similar power plant, produces 16.5 horsepower. This puts the Aprilia RX and SX right in the middle at 15 horsepower via a 125cc single-cylinder engine. It’s pretty impressive to note that the Aprilia RX and SX produce even more power than the Honda CRF150L, despite being a few cubes down on displacement. This is thanks largely to the ECU settings Aprilia has configured for the bikes.