The situation in Italy about the COVID-19 pandemic has been heartbreaking. In a matter of just a few days, it quickly became the epicenter of the coronavirus in Europe. With the number of new people getting infected daily reaching as high as 3,500 per day, it is now ranked number 2 next to China as among the most infected countries with 35,713 cases and 2,978 deaths. This has forced the country into a nationwide lockdown, most especially in the northern provinces where it is said that the concentration of infected people is located. It must also be noted that Italy is home to some of the biggest names in motorcycles such as Ducati, Moto Guzzi, Aprilia, Vespa, and MV Agusta. We have already reported the temporary closure of the factories of KTM, and Husqvarna in Mattighofen, Austria and Moto Morini in Trivolzio, Italy. For the Piaggio group, which includes Moto Guzzi and Aprilia as its subsidiaries, it was reported that one of their employees tested positive for COVID-19 infection from their Pontedera facility. This forced them to suspend their operations in order to disinfect their facilities and prevent its spread. However, they only shut down their operations for three days and resumed operations thereafter. Despite this, they reassured their workers and the public that proper measures were taken in sanitizing and reorganizing the production line so that the proper one-meter safe distance between workers was enforced. Moto Guzzi produces one of its longest-running modern classic motorcycles, the V7. 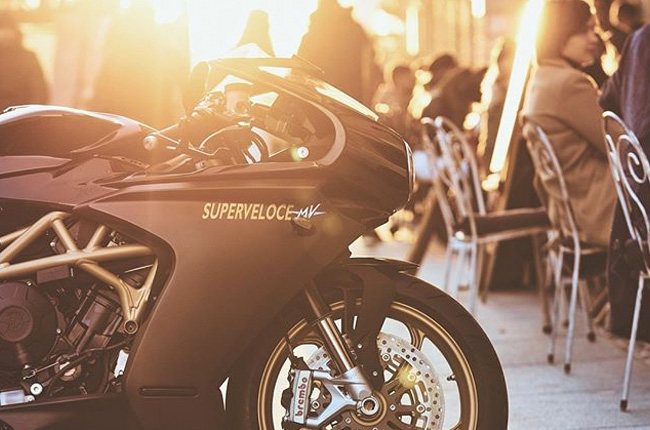 On the other hand, MV Agusta seemed to be less hampered by the COVID-19 pandemic situation as much as the others. Despite the nationwide lockdown, they never shut down their operations and that they had no plans to suspend their activities. They did, however, enforce a skeletal workforce by reducing the number of workers required to report to work and installed proper sanitizing equipment and safety measures to ensure the safety of their workforce. MV Agusta has been known to produce machines that they dub more as motorcycle art rather than bikes. Among their lineup of motorcycles of which they are known for is the Brutale, and the Dragster.