We've been closely following this model for a while now. Its release has been a long time coming. From being in the concept stage as the Honda CB4X in 2019, we can finally see the new Africa Twin-based adventure-tourer in the metal. The motorcycle's design is unlike most models in the segment. It doesn't look as rugged as most adventure-tourers, and its aerodynamic fairings give it a sleek appearance. Chassis-wise, its relation to the Africa Twin is apparent. The NT1100 features the same steel cradle frame and engine as Honda's other adventure-touring bike. The power plant is a 1,048cc parallel-twin that delivers 101 hp and 104 Nm of torque. The bike weighs 525 lbs for the base model, while the DCT gearbox option ups that figure to 57 lbs. In terms of features, the NT100 gets a boatload of them. The most eye-catching is perhaps the advanced 6.5-inch touchscreen TFT display. In addition to the Gold Wing, it's one of the few motorcycles in the world to feature Apple CarPlay and Android Auto. 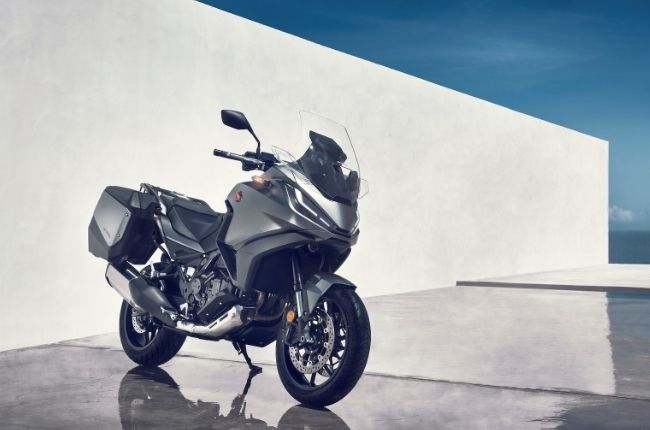 The NT1100's other notable features include a large 5-stage adjustable windscreen with upper and lower wind deflectors. Also standard are dual-channel ABS, cruise control, heated handlebar grips, and a pair of body-colored panniers.

Overall, the 2022 Honda NT1100 could entice those in the market for a capable adventure-tourer that sets itself apart in the segment. The bike's sleek design and advanced features fit well not only on the highway but on the streets as well. The NT1100 will be available in Europe starting at €11,999 (P706,000) for the base model. The DCT model has a price of €12,999 (P765,000). Philippine availability is unknown, but if the NT1100 lands in the country, it could cost significantly more than its European pricing.