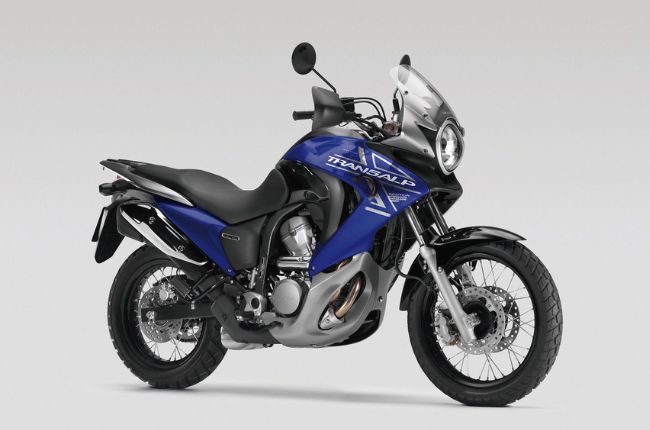 Honda has filed a trademark for the XL750 Transalp name, adding fuel to rumors that it’s looking to go up against the likes of the Yamaha Tenere 700 with its own middleweight adventure touring offering.

While other details have been scarce, the newly trademarked name does indicate one key detail: the bike’s displacement. It will be a 750cc engine, and it’s highly likely to be the same one underpinning the upcoming Honda Hornet. If so, it’s also likely that it’s a twin-cylinder power plant.

What’s in a name? The moniker “Transalp” suggests this new model will be built to conquer everything from tough mountain terrain, highway roads, and everything in between. A model of this size and capability require a few features, namely a large front wheel, a rugged suspension, a windscreen, and a bash plate. Expect the XL750 Transalp to come with some of Honda’s latest tech, much like what we’ve seen on the NT1100. Depending on the price range Honda decides on, it could come with a large TFT display with Apple CarPlay and Android Auto. A number of riding aids could also be in the cards, including selectable riding modes, traction control, and cornering ABS.

As previously mentioned, the Honda XL750 Transalp could compete against middleweight adventure-tourers such as the Yamaha T7, KTM 790 Adventure, and Suzuki V-Strom 650. At present, we don’t know much about Honda’s upcoming model. If the past is any indication, it’s not a stretch to believe that Honda could unveil the Transalp at this year’s EICMA. The Japanese brand is already looking to debut the Hornet at that event, and a double launch could be just what Honda needs to steal the show.

In any case, we’ll learn more about the Honda XL750 Transalp as it approaches its launch window—whenever that turns out to be. Stay tuned to MotoDeal to get more news about Honda’s latest middleweight adventure-tourer.