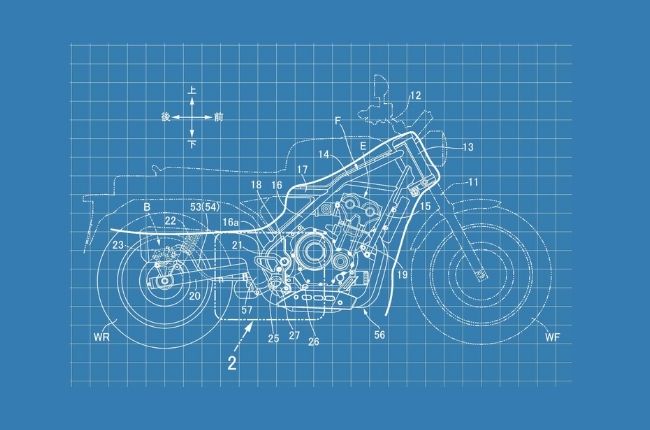 The Honda Rebel 500 is a fairly popular cruiser that has endured since it first appeared in late 2016. It was a bold move by the Japanese giant to dive headlong into a segment traditionally dominated by the likes of Triumph and Harley-Davidson. That said, with the success of the Rebel, it appears Honda is ready to transplant the platform into a brand new scrambler model called the CL500. 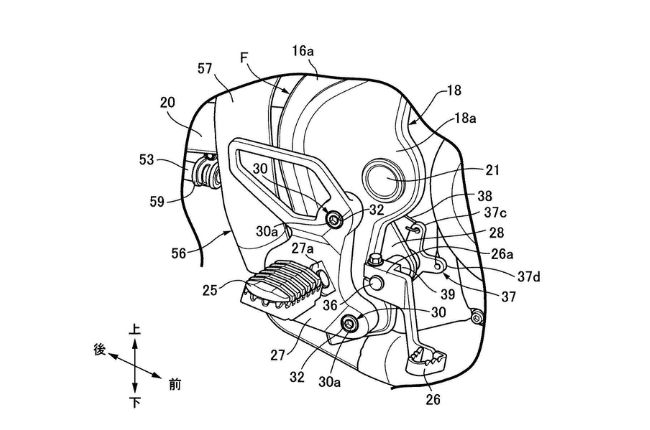 Suspicions of Honda’s plans began in 2019 when the company filed patents for scrambler-style footpegs fitted on the Rebel 500’s frame. Whereas the Rebel 500 features footpegs that extend forward, the patent filing showed a setup that sits more backward and directly under the seat. This would make a scrambler easier to ride while standing on the footpegs in addition to the usual seating position. While Honda likely encountered some engineering issues with the existing Rebel 500 chassis, it appears it has solved them sufficiently with the patent. The new footpeg design required the master cylinder to be repositioned below the swingarm pivot with a linkage attaching it to the brake lever.

In illustrating this, Honda inadvertently showed us the scrambler-style footpeg design, which features a sawtooth top surface and a removable rubber insert. The brake lever gets a similar serrated top, something you would usually find in off-road-ready motorcycles. By all indications, the CL500 scrambler will pack the same parallel twin power plant as the Rebel 500. On the latter, it makes 46 hp and 43 Nm of torque. Other notable differences include a new subframe for the CL500, one that is angled more horizontally versus the downward form seen on the Rebel. This subframe likely raises the seat height by a considerable amount, with the rear shocks possibly getting longer and the rear suspension possibly traveling farther.

There’s not much information design-wise, and the patents don’t give any indication of what Honda could be planning for the CL500. Rumors out of Japan say it’s launching this year, and a CL250 model could also be in the works, but that remains to be seen.