Honda is all set to unleash a new Africa Twin-based adventure-tourer on October 21. From the CB4X concept to the previously expected CB1100X, the new model has gone by several names through its development cycle. It wasn't until earlier this year when trademark applications uncovered the NT1100 nameplate.

Now, Honda has released a new teaser video for the NT1100 in anticipation of its launch next week. The video doesn't show much, save for a few closeups and distant shots of the bike in action. We see that the NT1100 gets its overall shape and silhouette from 2019's CB4X concept.

It looks like there are minimal fairings and a partly exposed engine. Like its would-be rivals, the Ducati Multistrada 950 and the upcoming Triumph Tiger Sport, the NT1100 features visible adventure bike proportions and styling cues. 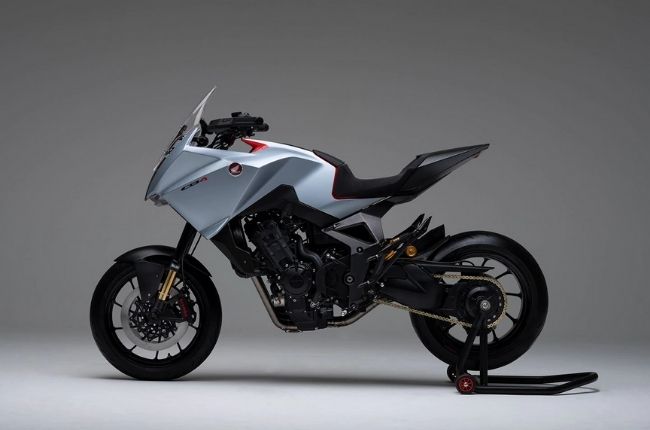 There will be two variants of Honda's new adventure-tourer—the NT1100A and NT1100D. The former will be the base model with a regular manual gearbox and an electronically adjustable, albeit shorter, 53.5-inch windscreen.

The top-spec model could feature a dual-clutch transmission (DCT). Honda pioneered the motorcycle DCT in 2010 when it first introduced the system in a production bike. The NT100D could get a more advanced version of the semi-automatic gearbox. Apart from that, it gets a more robust 60-inch electronically adjustable windscreen and a top box that doubles as a passenger backrest.

Both models get side cases, but the rear box ups the D model's wet weight to 547 lbs. The A model weighs 524 lbs. As for equipment, the NT100 packs the same instrumentation as the Africa Twin. There's a 6.5-inch color TFT display that sits above a smaller LCD panel.

Honda has not released details on the upcoming model. With its launch around the corner, we won't have to wait for much longer. Upon launching next week, the Honda NT1100 could first arrive in the European market.