For the past few months, Honda has been really busy with taking hold of all their intellectual properties and making sure that all their up and coming machines would be patented. Recently, the Japanese patent office has published its latest patent application which shows their existing NC750S — but with a completely new engine. This may very well be the parallel-twin engine that sets the building blocks for a host of new motorcycles in the future. 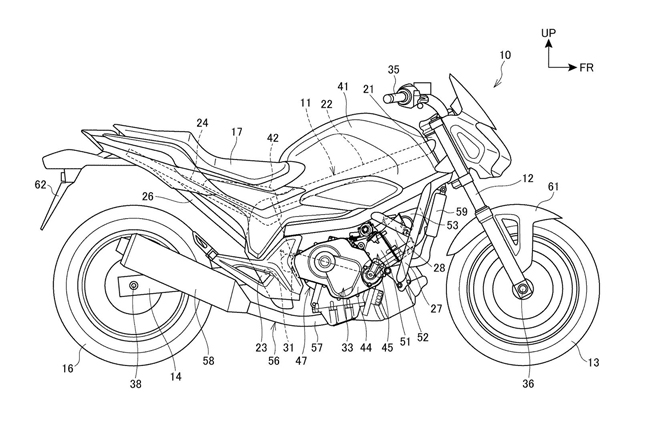 The new engine is designed with a uni-cam cylinder head that appears to be intended to lie flatter than the current one. Its cylinders appear to be almost parallel to the ground. This change gives way for more space above the engine. However, the problem it poses is that it invades the space intended for the radiator, or could even interfere with the front wheel when the fork compresses. To avoid this, instead of using a completely different suspension system, such as that of the Honda Goldwing’s front suspension design, they made a more compact cylinder head. The patent illustration shows the same compact uni-cam layout that was first seen on the CRF450 back in 2002. It is mounted on a flatter angle that could increase the substantial storage space above the engine. 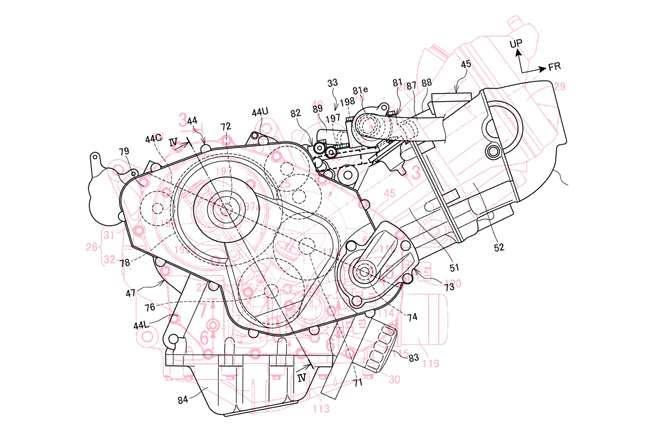 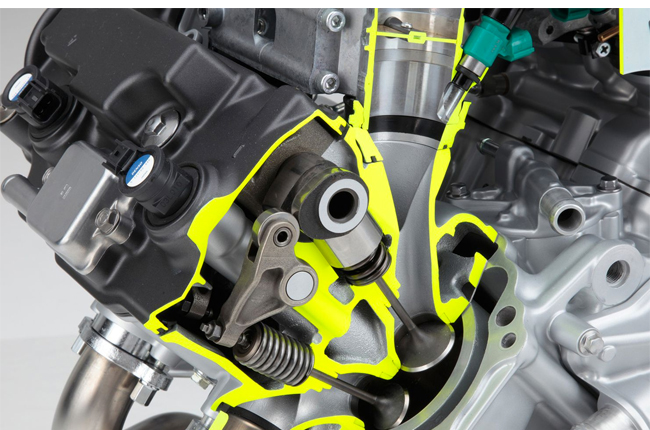 To achieve this, instead of having the camshaft underneath the rocker arms at the center of the cylinder head, it puts it directly above the intake valves and operates directly on it, similar to how a DOHC camshaft would. The result is a cylinder head that’s shorter than a typical SOHC design and one that is particularly compact on the exhaust side of the head. Honda’s Dual Clutch Transmission is nothing new but has been seen in a host of their motorcycles including their Africa Twin. It allows for seamless up and downshifts at the touch of a button or even automatically without having a momentary loss of drive. The way it works, the input shaft is split into two halves with a clutch for each half of the input shaft. Two gears are selected at any given time, but only one clutch is engaged. Changing gear is simply a case of disengagement of the first clutch and engagement of the second. The existing NC750 does have a DCT with an actuator unit bolted to the side of the gearbox. The new design integrates the actuator on top of the transmission to make it more compact. 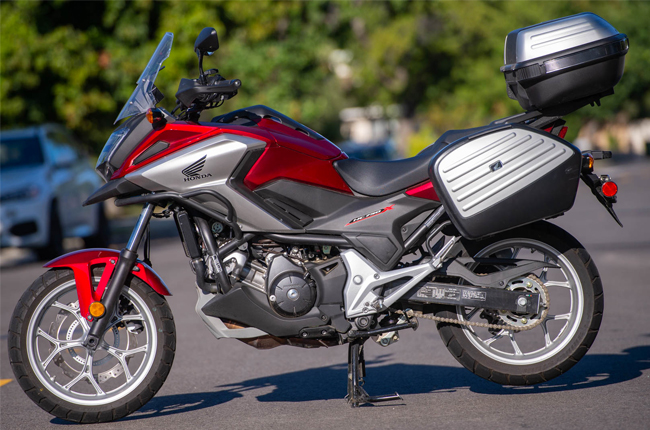 The importance of the NC750’s engine design was how it has become the building blocks of a number of motorcycles that followed thereafter. These motorcycles include the NC750S naked bike and the NC750X adventure, which also shares the same characteristics with the CB500X that is available here in the Philippines. It has also been the same engine used for the only adventure inspired scooter, the X-ADV. More importantly, with a DCT transmission and a more compact engine design, it is also being speculated this could very well be the engine that Honda would use for the rumored upcoming middleweight Africa Twin — and it could make sense. The more compact design of the engine and its DCT transmission would suggest that it could be mounted on a “Baby Africa Twin” to give it the same performance spec while at the same time complying with the current emission standards. This may be Honda’s next step to its development.