If you thought full-color TFT instrument displays and Bluetooth connectivity sat at the bleeding edge of motorcycle-related technology, well then think again. You could even go as far as saying that this level of tech is so-five-years-ago. Well, it’s true. These days, nearly all mid-tier motorcycles come equipped with this kind of tech—even entry-level scooters like the Yamaha Aerox get Bluetooth smartphone connectivity.

So what, then, could be next in line as the fancy, new technological marvel to storm the two-wheeled world? Radar. That’s right, motorcycles, just like cars, have taken one major step towards autonomy with radar technology. We’re already seeing it in bikes like the new Ducati Multistrada V4. While this technology isn’t meant to enable the motorcycle to drive itself (at least not yet), it does open doors to a plethora of nifty riding aids and safety features. The latest manufacturer to express its interest in integrating radar technology into its vehicles is Piaggio—parent company of the likes of Vespa, Aprilia, and Moto Guzzi.

5 things you should know before buying a new Vespa 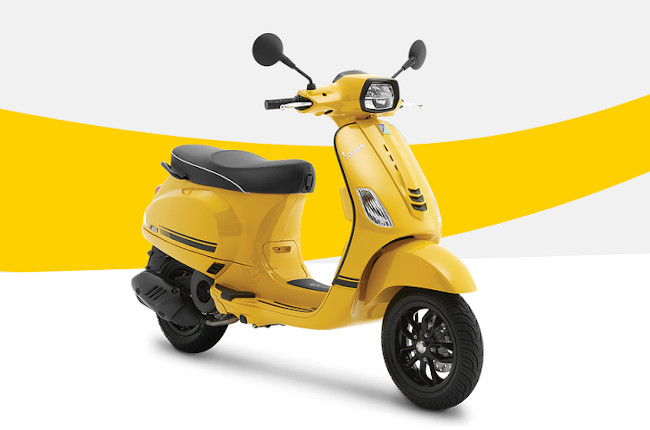 A couple of years ago, Piaggio unveiled the Gita, a robot which looked like it came straight out of a Star Wars movie. This impressive piece of technology followed you around, and was meant to carry your stuff. Gita was designed as a mobility tool geared towards fostering a healthy, active lifestyle, and relied on technology such as radar and various sensors to move around completely autonomously. This cargo bot is among the initiatives of the companies most futuristic arm, Piaggio Fast Forward (PFF).

That being said, PFF technology has been announced to make its debut to Piaggio’s two-wheelers in the not-too-distant future. PFF claims that, thanks to the help of Vayyar Imaging, it’s just about ready to deploy what it’s calling “the industry’s first-ever 4D imaging radar-based motorcycle safety platform.” This technology, which is expected to be integrated across all of Piaggio’s motorcycles, will form what the company is calling the Advanced Rider Assistance System (ARAS). This innovative technology will unlock loads of high tech features—stuff which you would only find on the world’s most premium and expensive motorcycles, for now, at least.

ARAS brings features like blind spot detection, lane change assist, as well as forward and rear collision warning to the table. The radar system has the ability to cover a range of more than 100 meters, and an ultra-wide field of view. PFF claims that the radar system has no dead zones, and can even detect and track multiple targets at the same time.