The Ducati brand, known for its high-quality Italian motorcycles built for speed with its Desmodromic engine is now entering a new market by introducing two new products bearing the same badge that represents performance and quality —  that venture is in electric scooters. Ducati now wants to move people in more ways than it used to with the introduction of its new line of foldable electric scooters (e-scooters). After an earlier collaboration with V Moto of China, they are now entering into a collaboration with another Italian firm, MT Distribution to launch a range of four e-scooters and three folding e-bikes.

The first two foldable e-scooters that Ducati will be introducing would be launched sometime from the end of June to early July of this year. They will be called the “Cross-E”, which would fall under the Scrambler branding scheme and the “Pro II” which falls under the Pro branding scheme. 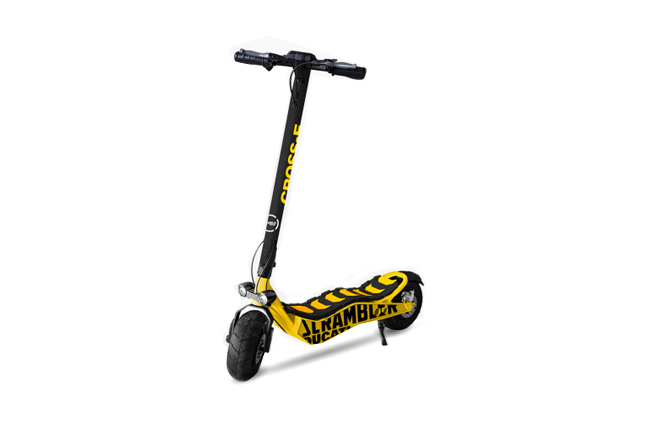 With the “Cross-E” belonging to the Scrambler brand, is designed to look sturdy, comfortable, and with a more rugged touch. It’s equipped with “fat” anti-puncture tubeless tires in 110/50-6.5 sizing capable of handling stretches of dirt and uneven roads in staying true to its Scrambler brand. Double front headlights provide illumination duties upfront with a tail light tucked underneath the seat post for nighttime visibility which both automatically activates with twilight sensors. A large 3.5-inch LCD display shows all functions and information the rider needs including its 3 riding modes.

The “Cross-E” is powered by a 500W brushless motor fed by a 375 Wh battery hidden inside the floorboard with a range of about 30 to 35 km, on a single charge capable of reachings a speed of 15 km/h. The “Pro II” e-scooter is designed more for the city streets with the urban dweller in mind. It has a slightly subdued 350W continuous brushless motor and a 36-volt 280 Wh battery that can range anywhere from 25 to 30 km on a single charge. It’s equipped with 10-inch puncture-proof tires and a rear suspension system providing a little bit more comfort to the rider. A twin brake system — electric front and rear disc — provides for its stopping duties and just like the “Cross-E”, it also comes equipped with a 3.5-inch LCD display. Its rear lights are integrated into the seat post automatically activate when things get dark.

The popularity of e-scooters in the country, particularly in the urban areas has been lauded as a perfect alternative means of transport especially when you’re trying to dodge hellish city traffic. We shouldn’t be surprised if one of these Ducati e-scooters would be spotted weaving through Manila city traffic in the near future.