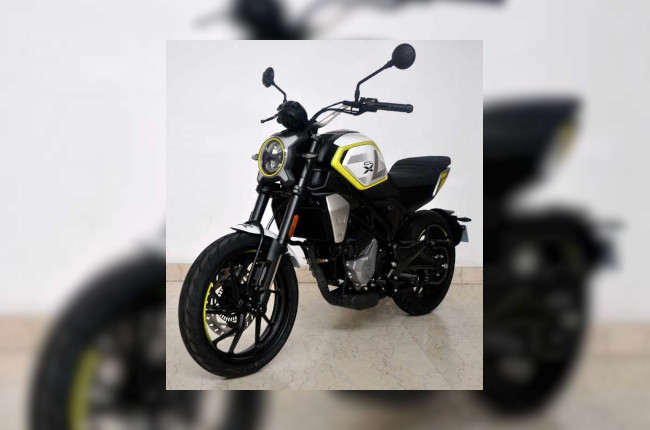 The Chinese market receives a new 250cc version of the CFMOTO 700 CL-X. It’s about time that the manufacturer started diversifying its lineup to cater to small bikes in addition to the stellar offerings it has in the highway-legal range of models.

Featuring the same retro-inspired design as its bigger twin-cylinder brother, the 250 CL-X still manages to make a statement with its X-ringed headlight along with the main LED beam in the middle. We also see the same exact mirrors on the bike, as well as a similar but different tank which is one of the CL-X unique design cues.

The other design cues that managed to trickle down into the small-displacement offering is towards the tail section of the bike. We’re seeing a similar tire hugger at the rear to ensure that the bike doesn’t fling mud and road grime all over your back, and a clean tail with what we assume will get the same or a similar taillight unit.

Based on the smaller NK series of bikes from CFMOTO, the 250 CL-X borrows the 249cc single-cylinder engine that produces up to 27.5 hp. The bike also shares the same chassis as the 250 NK and 300 NK, which does not include the novel integrated tank design of its bigger 700cc brother. You can also expect a set of J.Juan disc brakes in the front and rear. The bike’s rear-wheel will wear a 150-width tire, which is about 10mm wider than the 250 or 300 NK.

Other sources also state that the bike will come with a TFT gauge cluster, which is similar to the 250 and 300 NK currently available. This will be a rather remarkable upgrade over the 700 CL-X which only has a digital display.

China will be the first to receive such a motorcycle, but since CFMOTO has a presence in Europe, it is likely that the model to be made available there will also get a bump in displacement. Sources suggest that a 300 CL-X may be in the books, as the 300 SR is also available in the continent. The 292cc single-cylinder in the 300 series of CFMOTO motorcycles produce the same peak power figures rated at 27.5 hp, but the 300s will have a beefier midrange, making them much more fun to wring out if needed.