Innovation as far as motorcycle performance is concerned has covered leaps and bounds in recent decades. With modern performance machines continuously pushing the envelope in the quest for power and efficiency, the analogue machines of the past have all but become a distant memory. However, with motorcycles of today boasting power figures that surpass that of many cars, safety has also been in the spotlight with multiple manufacturers gearing their efforts towards safer machines.

In fact, 6 major motorcycle manufacturers have teamed up in the name of safety. BMW Motorrad, Honda, KTM, Yamaha, Suzuki, and Triumph have all struck a friendship in a bid to collaborate for a safer world on two wheels. The 6 big time motorcycle companies have each expressed their intention to support the future safety-oriented endeavors of the Connected Motorcycle Consortium (CMC). Founded in 2016, the CMC seeks to establish standards for motorcycle technology, primarily geared towards making riding motorcycles much safer. 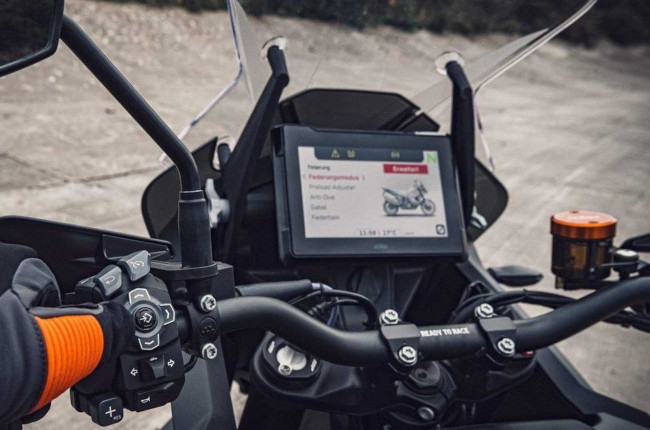 Their latest endeavor, V2X, stands for Vehicle-to-Everything. It’s basically an advanced communication system between vehicles which ultimately results in much fewer accidents due to efficient coordination. Motorcycles equipped with a V2X system will be able to detect other vehicles also equipped with the same system, and likewise be able to share vital pieces of information such as speed, direction, and maybe even diagnostic information and make and model details to the other motorcycle’s electronic control unit.

The V2X system still seems to have a ways to go before we actually see it on production motorcycles. We can expect these manufacturers to begin laying down the groundwork and finalizing all the details within the coming months and years. The end goal of it all is to have all vehicles—both 2 and 4 wheel-equipped to sport the V2X system in order to achieve seamless communication and much fewer collisions.