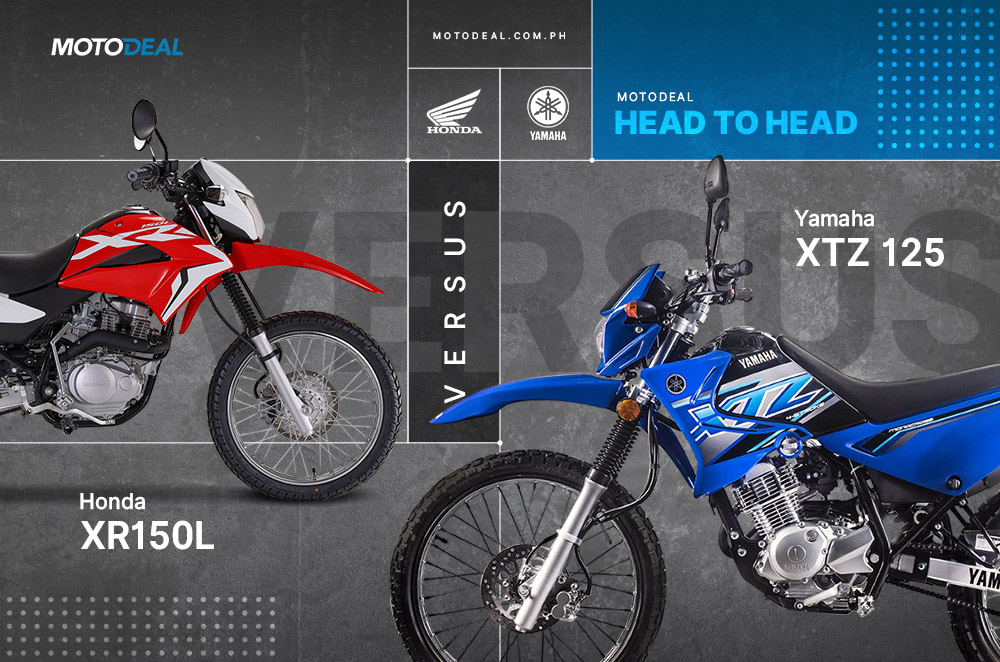 Dual-sport motorcycles present themselves with tons of capability and versatility for their price. Many enthusiasts would consider them as the ultimate jack of all trades, meaning that these bikes can go anywhere, do almost anything, and come out unscathed and ready to do it all again the next day. Indeed, dual-sport machines make some of the best and most reliable workhorses in the market.

This is further enhanced by the fact that two of the most affordable dual-sports in the local market are produced by two of the most reliable and iconic motorcycle manufacturers in the world. That’s right folks, today we’re going to talk about the Honda XR150L and the Yamaha XTZ 125. If you’re currently in the market for a new, budget-friendly, entry-level dual-sport machine, then be sure to read on, as we’re going to pit these two bikes against each other in this spec sheet showdown. Jumping right into it, neither the Honda XR150L nor Yamaha XTZ 125 are performance-oriented machines. Rather, they’re both built to provide the rider with a health balance between dynamic capability, overall performance, and of course, price. That said, starting with the Honda, it gets a 150cc single-cylinder, carbureted engine which pumps out a pedestrian, but capable 11.69 horsepower and 12.1 Nm of torque. While this may not seem like much, it’s certainly more than enough to propel this bike both on and off-road in an exciting and exhilarating fashion. The Yamaha XTZ 125, on the other hand, gets a slightly smaller 125cc single-cylinder, carbureted engine rated at 12.5 horsepower and 11.5 Nm of torque—a decent match against Big Red’s entry-level dual-sport.

5 reasons why you should ride dual-sport 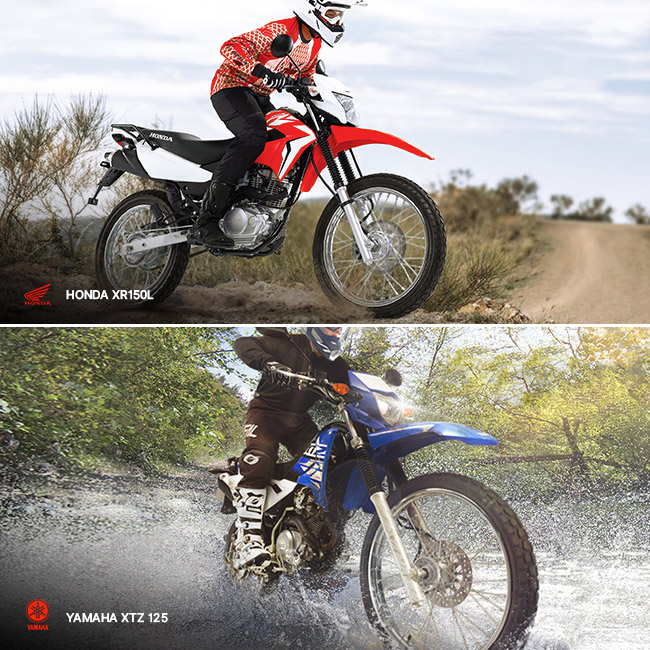 On the feature front, don’t expect much when it comes to creature comforts from either of this bikes. Unlike other premium road-focused machines available in the market, you won’t find any fancy digital displays, smartphone connectivity, or even basic electronic rider aids on any of these bikes. That’s right, the Honda XR150L and Yamaha XTZ 125 provide the most barebones, analog riding experience available in the present day.

All this means that both these bikes get standard telescopic forks which boast long suspension travel, making them ideal for rough terrain, gravel roads, or even the metro’s pothole-laden streets. Both bikes feature a linkage-equipped, centrally-mounted mono-shock with preload adjustability, ideal for carrying cargo or a passenger. When it comes to tech features, both these bikes get a completely analogue gauge cluster which displays nothing more than your speed and odometer. Braking duties are handled by a single disc up front and a conventional drum brake at the rear, sans ABS, of course.

Perhaps one area wherein Yamaha hast the upper hand against Honda would be in overall off-road capability. This is because the XTZ 125 features a 21-inch front and 18-inch rear wheel out of the box, similar to more performance oriented enduro machines. This means that it’ll be more willing to tackle rugged terrain. On the other hand, however, the XR150L’s 19-inch front and 16-inch rear wheel setup is more road-focused, and will prove to be just a tad more stable at higher speeds.

5 things you shouldn’t do while riding a motorcycle 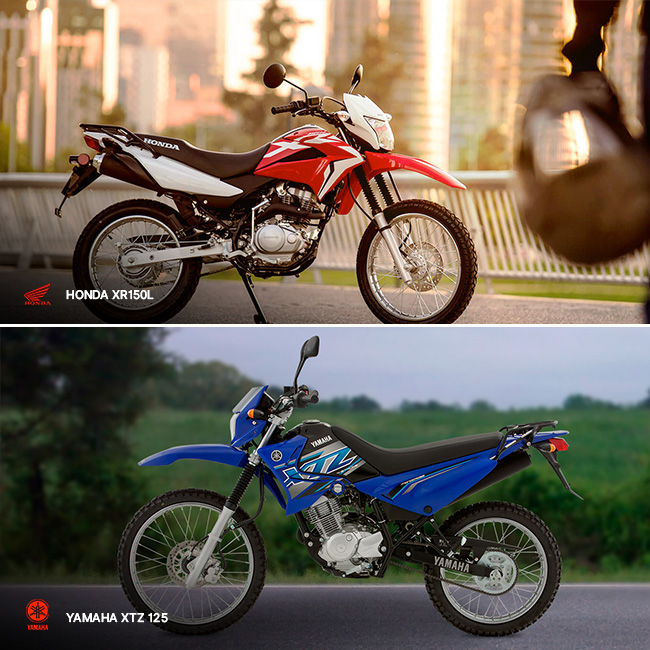 Given the lack of impressive performance figures from either of these bikes, it’s clear to see that both the Honda XR150L and Yamaha XTZ125 have been built to fit a certain budget. At the end of the day, dual-sport machines are meant to achieve a compromise between off-road capability and safe, street-legal, on-road duty. That said, the Honda XR150L comes with a sticker price of P89,900, and the Yamaha XTZ 125 retails for a more affordable P84,900.

So, which of the two bikes should you choose? Well, quite honestly, you couldn’t go wrong with either of these bikes. Your choice would eventually boil down to your personal preference. If you’ll be riding the trails and tackling off-road terrain quite a lot, and just so happen to like the color blue, then the Yamaha XTZ 125 would make a strong candidate. However, if you like the color red, and will be riding to work on a daily basis, but hitting the trails merely on occasion, then the Honda XR150L makes a strong case.