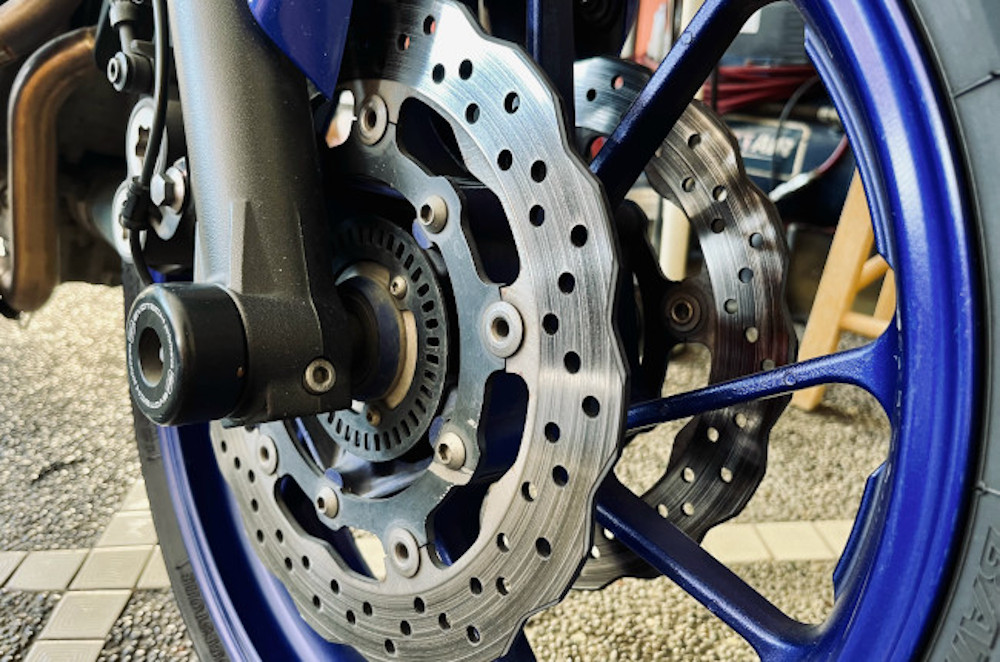 The majority of bikes today come with both front and rear disc brakes. Axial calipers up front are typically standard on entry-level models, along with a telescopic fork. As you move up the pecking order, you will see bikes like the Triumph Street Triple RS and KTM 790 Duke, among others, equipped with bigger rotors and radially mounted calipers. The way the two systems are placed on the fork is what separates them, and this results in a variety of variances in how the bikes respond to hard braking. Learn more by reading on.

Metallic versus organic brake pads - which should you choose?

While radial calipers are placed directly onto an upside-down fork and kept in place by bolts that are parallel to the disc brake or the bike's axis, axial calipers are fastened on the fork by bolts that run perpendicular to the disc. In essence, whether the brakes are radial or axial is determined by the location of the mounting bolts. Similar to forks, stiffness is important for braking installations as well, and this is where the two setups differ substantially. Sliding calipers, often referred to as axial calipers, are simpler to manufacture and, when used ordinarily, provide nearly identical braking performance to radial calipers. On the track or in demanding riding situations, however, where braking inputs are crucial, the situation is different. Axial calipers' primary drawback is their unsatisfactory braking feel.

In order to explain it in more detail, heavier braking causes higher torsional flex when mounting bolts on a sliding caliper are perpendicular. Less feel and feedback are obtained from the levers as a result. Due to its twin piston configuration, the brakes also only apply force from one end, which causes uneven wear and disc-to-pad contact. Radial-mounted calipers are a product of the race track, like the majority of two-wheeler technology. A better feel through the lever is made possible by the arrangement of radially placed calipers, which allows for more rigidity or less torsional flex (lateral movement). For better rigidity and less caliper flex, radial calipers are attached at both ends, and their four piston design (two on either side) equally presses in on the brake pads for better pad-to-disc contact under maximum braking.

Having said all of that, radial brakes are used on high-end, performance-driven machines for a reason. Typically, radial calipers are found on fast motorcycles with an upside-down front fork. Naturally, they cost substantially more to produce and burn through consumables (brake pads and rotors) far more quickly than axial calipers.

Is your motorcycle out of warranty? Be sure to check these items ASAP

Should you upgrade your bike's brakes? 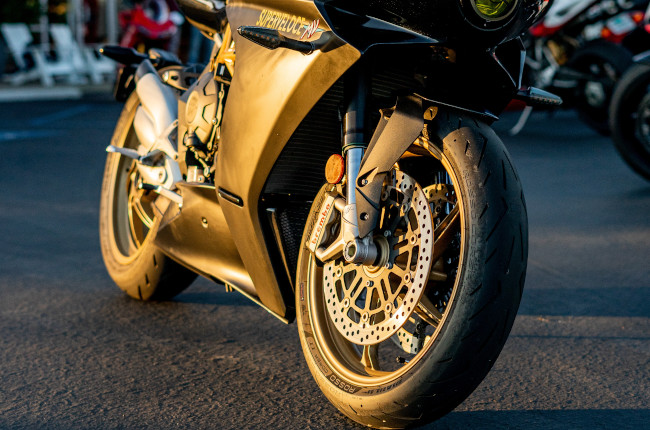 All things considered, there are a number of variables that affect how your bike brakes, and the mounting of the calipers is only one of them. Master cylinders, brake lines, brake pads, tires, rotor size, rotor type, and a lot more are additional factors. Since changing from an axially mounted braking system to a radial layout is expensive and frequently necessitates replacing your bike's entire front end, you might want to start by by upgrading the aforementioned items before even thinking of switching from axial to radial calipers.