The Yamaha FZ-25 has been one of the brand’s go-to commuter bikes made primarily for the Indian market. With emission standards getting more stringent year after year, the aging BS4-compliant FZ-25 has been long due for an update. After teasing the bike in the past, and now that motorcycle production has resume, Yamaha didn’t waste any more time. The new FZ-25 is powered by a 250 cc single-cylinder, air-cooled engine that’s capable of producing 20 hp and 20.1 Nm of peak torque. It is mated to a 5-speed gearbox with a BS6 compliant catalytic converter for its exhaust system. This new update has forced the bike to tip the scales a little more at 153 kg from its previous generation’s 148 kg weight.

It now has an updated streetfighter look with a brand new engine cowl, LED headlights with daytime running lights (DRLs),  a side-stand engine cut off functionality, a new negative LCD similar to that of the MT-15’s. Stopping duties are provided by disc brakes from both the front and rear, coupled with dual-channel ABS. 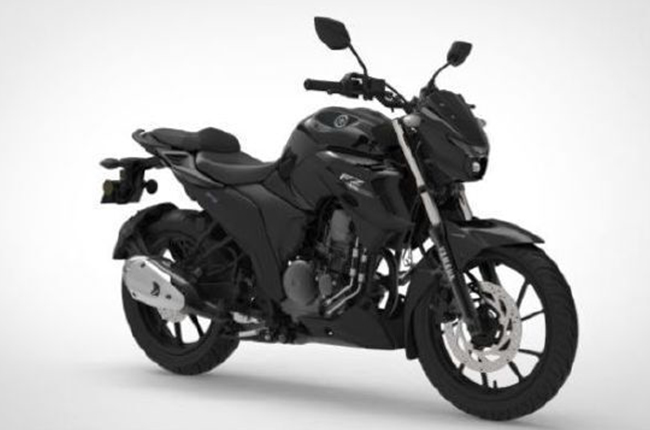 Yamaha's FZ-25  is now being offered in five color options. The bike is offered in either Metallic Black and Racing Blue, while the higher-spec FZS-25 is being offered in Patina Green, Dark Matt Blue, and White Vermillion. For the standard FZ-25, its prices start at Rs 1.52 lakh or about P99,950 while the higher-spec FZS-25 Rs 1.57 lakh or about P103,236. The bikes of the new BS6 compliant FZ-25 have seen a significant increase in price compared to its previous generation BS4 ABS Units. In the Philippines, Yamaha currently offers its smaller version in the form of the FZi 150. There is no official word yet from Yamaha Philippines if its bigger sibling would be making its way into Philippine shores.