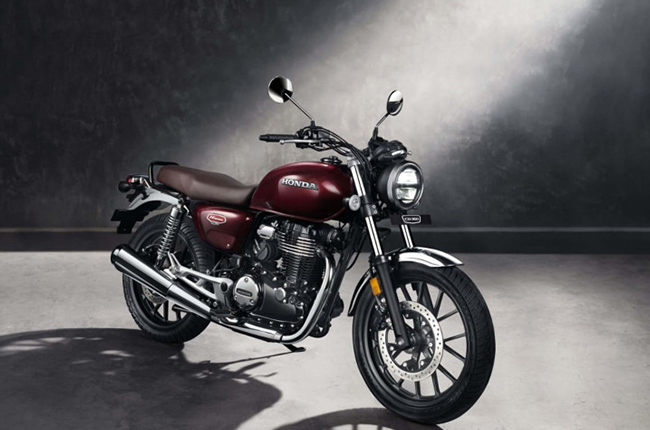 It’s only been a couple of weeks since Honda introduced its latest retro-themed bike, the 2020 CB350 H’ness. While it carries with it one of the most iconic names that vintage Honda enthusiasts would recognize, the bike is anything but that. While it takes some classic style cues, it is still loaded with the conveniences of today’s latest technology. That being said, Honda Motorcycle and Scooter India (HMSI) is now prepping themselves for the distribution of the CB350 H’ness across showrooms in the Indian market.

Honda has considered the introduction of the CB350 H’ness to the market as such a momentous occasion that they held a special ceremony to start shipping the new bikes from its Manesar-based plant. They hired the renowned percussionist Sivamani to compose an anthem for its latest promotional video. Simavani skillfully combined his talent with drums and percussion instruments and blended it perfectly with the exhaust note and engine rumble of the motorcycle to form rhythmic harmony. The result is a fast-cut edit flashing rich visuals of the CB350 H’ness that moves in sync with his music. The Honda CB350 H’ness is now considered one of its crown jewels ready to take on the hotly contested modern retro market. Its latest promotional video brings both a visual and auditory experience to its audience. As it is now set to head to Honda’s dealership network in India, it wouldn’t be long before people start seeing its latest modern-retro bike in the metal.

At the moment, Honda still hasn’t made an official announcement if the CB350 H’ness will be offered to other markets apart from India. After all, it’s not even certain if it would sit well with our law on expressway restrictions against motorcycles with displacements below 400 ccs. Yet, in Southeast Asia, the smaller-capacity motorcycle market is still a booming industry. We’ll keep our fingers crossed that eventually, we also get to experience the Honda CB350 H’ness in the metal.