It goes without saying that Honda brought on a full force hype train with their acclaimed ADV 150 scooter. Coming in as a breath of fresh air in the densely populated scooter segment, the ADV 150 offered one striking selling proposition that other scooters didn’t–off-road capability. Granted, the Honda ADV 150 is by no means a lean, mean, off-road machine — it is at least capable of comfortably tackling gravel roads and Metro Manila’s less-than-ideal road conditions. This is evidenced by the sheer number of these scooters you see plying the roads, despite a rather steep sticker price of P149,000. 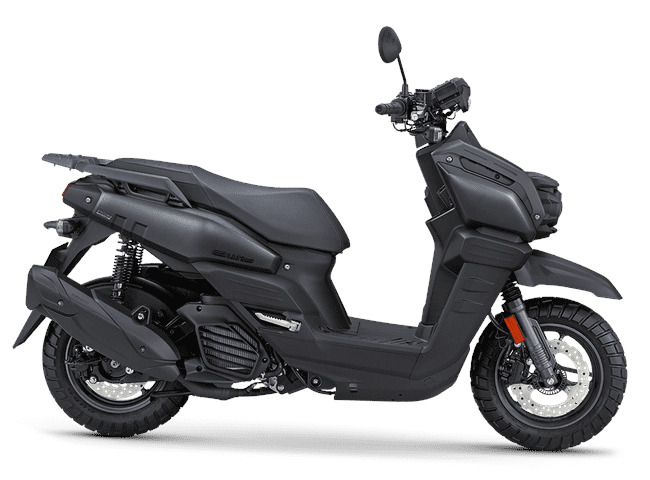 That being said, it would appear that Honda is currently the only manufacturer to offer a small displacement scooter capable of mild off-roading. However, in other markets, Yamaha was first to the game with the Zuma. Starting production all the way back in 2002, the Zuma recently received a major stylistic update making it look like a rugged, go-anywhere machine worthy to challenge the mighty Honda. Starting life 18 years ago, the Zuma was initially launched with a 49 cc, two-stroke engine. In 2009, it underwent a major evolution and was now powered by a 125 cc, four-stroke motor — similar to what powers the current-generation machine.

As it would turn out, the Zuma, also known as the BW’S in certain markets and it's developed quite a following among scooter enthusiasts with a penchant for adventure. At the moment, Yamaha’s rugged little scooter is available only in Japan, South Africa, Taiwan, and North and South America. Unfortunately for us, Yamaha doesn’t have any plans of bringing the Zuma 125 into the local market, thereby allowing the Honda ADV 150 to remain as the undisputed king of low-displacement dual sport scooters...for now.