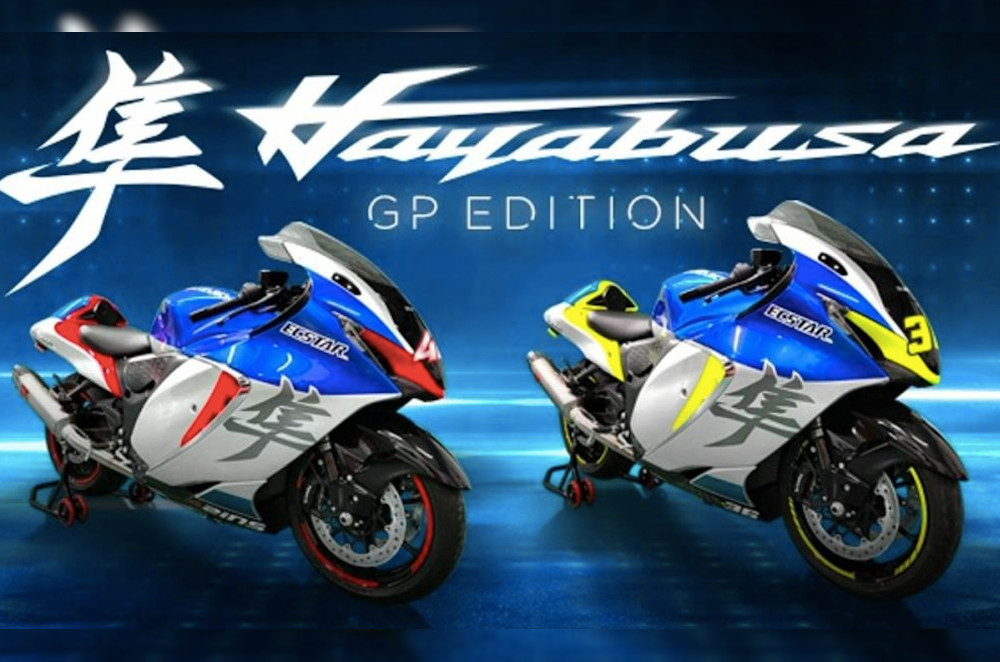 Suzuki will no longer compete in the MotoGP World Championship, which is considered as the pinnacle of road racing, as of this writing. Suzuki has announced that it will stop all racing and that it will instead turn its attention to more environmentally friendly projects. Suzuki fans may find the news discouraging, but it currently seems that the Japanese automaker won't be ending its range of performance-oriented models.

In fact, Suzuki is getting ready to introduce the new GP version of one of its most renowned motorcycles, the Hayabusa. The Suzuki Hayabusa GP edition will be on display in all its glory following the San Marino MotoGP at Misano during the Autolook Week Torino event in Turin, which will take place from September 7 to 11, 2022. In addition to this limited-edition Hayabusa, the iconic two-stroke RG500 and the GSX-RR race bikes will also be on show from the Japanese bike maker. The 2019 Hayabusa GP will include a conspicuous display of the Suzuki Ecstar racing team's livery, which is mostly composed of blue and silver with various shades of red and yellow highlights. The headlight cowls of each of them display the numbers "36" for one and "42" for the other, which are the racing numbers for Joan Mir and Alex Rins, respectively. Suzuki has modified the bikes' mechanically by removing the headlamp, rearview mirrors, turn indicators, and license plate holder, and fitting them with an Akrapovic full-system exhaust in their place. The GP Edition Hayabusas are obviously track-only vehicles as a result.

Having said that, we won't know everything about the Hayabusa GP Edition until the motorcycles are formally introduced during the Autolook Week Torino. However, it won't be at all strange if the Hayabusa GP Editions have the identical specifications and performance numbers as the normal Hayabusa, with the exception of the race-oriented upgrades. The Suzuki Hayabusa, in its current form, is equipped with a 1,340cc inline-four engine producing 187 horsepower and 110 ft-lbs of torque.