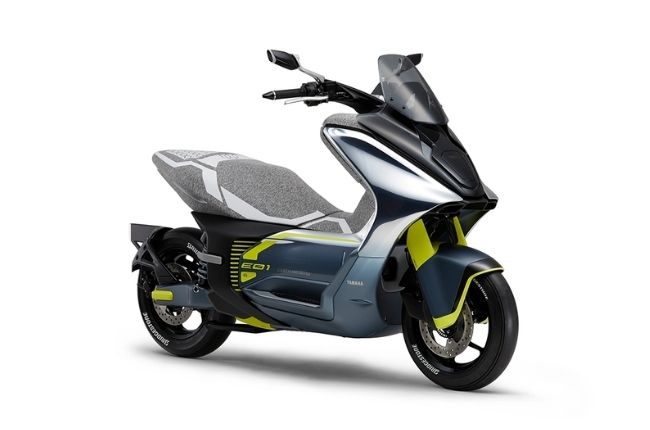 Yamaha looks set to deliver on its promise of releasing two new electric scooters in 2022. According to a report by electric vehicle (EV) news outlet, Electrek, Yamaha is entering the E01 and E02 concept models into production.

Introduced in 2019 at the Tokyo Motor Show, the E01 and E02 are two of Yamaha's most anticipated models. Patent images back in May 2021 revealed the E01 in production form, leading many to speculate that its release is imminent.

Although both e-scooters feature futuristic designs, we expect most people to gravitate to the E01. The model's maxi-scooter form evokes its distant cousin, the NMAX 155, but it looks different enough to stand on its own. The E01 has a frame-mounted non-removable battery pack sitting where the step board would be. The scooter will likely feature a 125cc-equivalent motor, generating around 11 kilowatts or 15 hp. Powering up is simple through a charging port conveniently located on the scooter's front.

Apart from the E01, Yamaha could also release the E02 this year. This e-scooter is a relatively more basic machine, with an estimated power output of around 4 kilowatts or 5.3 hp. Unlike the larger E01, the E02 will likely feature removable battery packs to best fulfill its duties as a city commuter. Yamaha already has an existing partnership with Taiwanese battery company, Gogoro, so finding a workable charging solution shouldn't be too much of a problem. Moreover, the E02 will reportedly feature a single-sided swingarm setup, bringing something distinct to an otherwise straightforward design.

Despite the E01 and E02's allegedly nearing launch, Yamaha has yet to announce pricing details for the e-scooters. Still, we know that the Japanese motorcycle giant plans to release the models in Europe and Asia. A local release could be game-changing, but we'll need to wait for Yamaha to make a move.