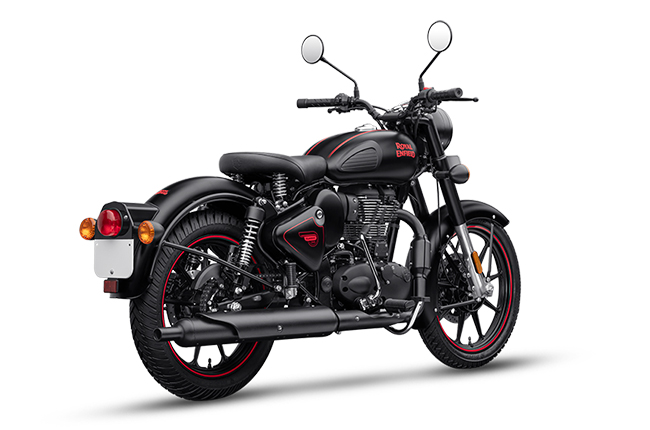 As early as March, the online community has been talking about Royal Enfield’s plans of releasing a new motorcycle based on the BS6 compliant engine platform seen in its existing Classic 350. It was supposed to be called the new Meteor and was expected to be launched sometime around June to July. Of course, the global pandemic has forced them to push back all their plans of unveiling the new bike. Now, the rumor mill is suggesting that Royal Enfield could be launching the new bike by the end of September. Pictures showing Royal Enfield’s brochure for the upcoming bike started to leak online and was published by the Indian publication Rushlane. The leak gave us a little bit more information about the upcoming model. The Royal Enfield Meteor 350 will be available in three trims namely, Fireball, Stellar, and Supernova with a different set of accessories for each trim level.

The Fireball is considered its entry-level model that features blacked-out components and a turn-by-turn navigation system that they dubbed, Tripper Navigation. Meanwhile, the Stellar sports a chrome exhaust and handlebar, plus it also sports a pillion backrest. Lastly, the Supernova, considered as the lineup’s flagship, gets a dual-tone paint, machined wheels, a windscreen, and some chrome indicators.

While they will all be sporting an updated version of Royal Enfield’s BS6 compliant 350 cc single-cylinder engine. Royal Enfield’s current generation of single-cylinder engines still use the archaic tappet-valve or push rod arrangement, which still causes a lot of vibration during operation. The updated version of the engine will now be replaced with an overhead cam system which will be seen on its next-generation bikes including the Meteor. This new system not only greatly reduces engine vibration, but also would improve its responsiveness, acceleration, and top speed. Something that Royal Enfield’s single-cylinder engines have been found to be lacking. Power and torque output is also expected to improve, although its engine displacement would remain unchanged.

Several sources are suggesting that the new model would be launched sometime towards the end of September. However, until the Royal Enfield guys finally release a proper teaser, or maybe even reveal the new model altogether, it still remains in the rumor mill. As always, we’ll be sure to keep our eyes peeled and ears open should any new updates come up on the new Royal Enfield Meteor 350.