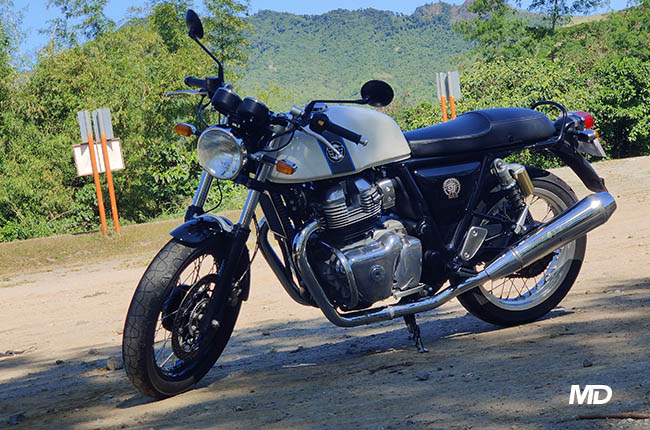 Royal Enfield has been experiencing a rough year in India after experiencing several years of exploding growth, it seems that the brand has lost its momentum over the brand with its sales numbers dragging down. However, if you look in other countries, it's a totally different story — Royal Enfield motorcycles are extremely popular, and becoming a force to be reckoned with insofar as middleweight motorcycles are concerned. While Royal Enfield may have lost its mojo in India, which still happens to be one of the biggest motorcycle markets in the world, its global sales outside of India is having a growth spurt — and their best selling motorcycles are the Himalayan, and of course, the 650 twins. Royal Enfield is now anticipating increased demand for personal transportation and two-wheel mobility with people still being wary of public transportation. Now that lockdown measures are slowly easing, it seems that there is now a renewed interest over the brand.

"Our international markets are beginning to show significant and sustainable growth trends on the back of motorcycles we have recently introduced —the Himalayan and the 650 Twin motorcycles—and we believe we have strong potential for further growing these markets for Royal Enfield.”
Siddhartha Lal
Managing Director, Eicher Motors Royal Enfield has experienced a 96% boost in international sales volume compared to last year. More particularly in Europe, its sales numbers have doubled with the Royal Enfield Interceptor 650 being the best selling motorcycle in the U.K. through the month of June. At the moment, the brand is now focusing on preparing to meet the spike of demand over its motorcycles by ramping up the strength of its supply chain, and by growing its network of dealers. They’re also now exploring new ways of making the brand reach more people with the use of online tools to provide customers with new financing solutions just to make their bikes even more accessible. It seems that despite the sales slump that the brand faced during the start of the year due to the global pandemic, Royal Enfield is still looking forward to finishing the year stronger than ever.