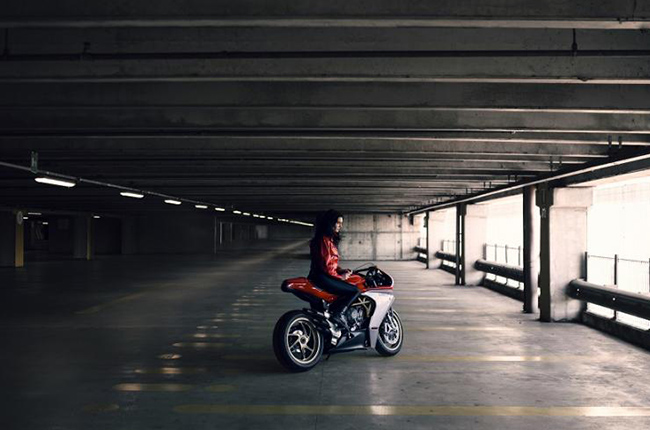 MV Agusta is set to release two additional color options for their neo-retro sports bike, the Superveloce 800. It seems that the Italian brand is poised to ramp up its efforts to push the success of the new motorcycle after announcing earlier this month that they were resuming production of its limited Serie Oro edition following the temporary suspension of manufacturing. Now, they heeded the requests of the fans after consulting them for quite some time, and now they decided to treat them with new eye-catching stylish liveries. The first color variant looks back into MV Agusta’s classic corporate colors, Ago Red and Ago Silver looking back at a time when Italian motorcycles dominated the Grand Prix racing scene for years with MV Agusta at the forefront of the races during the 1970s. The color option is complemented by its gold wheels and frame details to creating a distinctive, personalized aesthetic that goes ‘far beyond the average production of motorcycle’ according to them. The second color variant is Metallic Carbon Black and Dark Metallic Grey with the same gold detailing placed on the wheels and frame. The combination provides a more sophisticated and elegant feel and yet, still true to its roots in Grand Prix racing giving us still a different yet appealing alternative to its traditional corporate colors.

Following the presentation of the Superveloce 800 in Milano, we took on board feedback from both the public and importers and decided to create two color schemes, both with a gold-finish frame, that accentuates the neo-retro theme, highlight the curvaceous styling and align the models to our brand values.
Adrian Morton
Design Director, MV Agusta Research Center CRC

Neither color variant commands a premium for a higher price than the other. While the new colors variants may not have arrived in the country just yet, the MV Agusta Superveloce can be purchased in the Philippines through their exclusive distributor, Motostrada which is priced at P1,550,000.