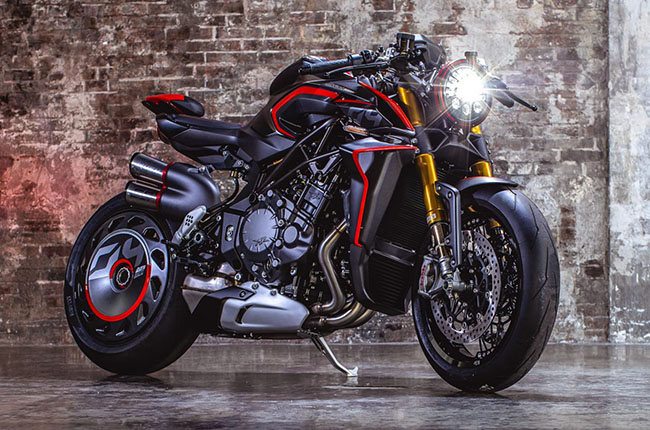 MV Agusta first unveiled the Brutale-based limited edition Rush at last year’s EICMA motorcycle show scheduled for production in either late 2019 or early 2020. The Italian motorcycle just announced that the Rush is now set for production in June and we could be seeing the first few units roll out of their production line later that month. With a very limited run of only 300 units, the hyper-naked MV Agusta Rush 1000 is set to include an array of features out of Formula 1 and MotoGP technology. 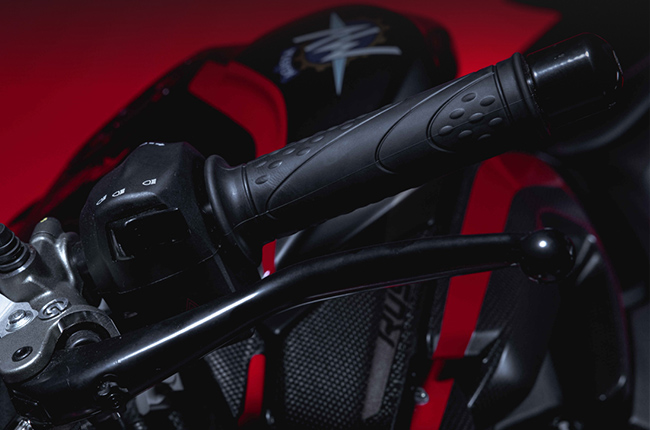 The Rush looks viciously fast. Just one look at it, and you know that MV Agusta wasn’t playing around when they said they intend to put the Rush against other hyper-naked bikes out in the market such as the Kawasaki Z H2 or the Ducati Streetfighter V4. With a 998 cc inline-4 engine equipped with radial valves and titanium conrods capable of a power output of 208 hp at 13,000 RPM and 117 Nm of torque at 11,000 RPM, it sure has the numbers to back the claim. It is mated to a 6-speed transmission with an up-and-down quick shifter function. It is said to be capable of reaching speeds above 300 km/h with its powerplant. However, if you happen to find that power still wanting, you’re given the option of installing a Rush Racing kit which gives you a lightweight titanium exhaust with carbon-fiber covers. The ECU would be remapped accordingly to match the improved breathing by the exhaust system effectively hiking the power from 208 hp to 212 hp. Timur Sardarov, CEO of MV Agusta is happy about the number of limited edition motorcycles set to roll out of their factories in the next coming months which includes the Rush the Superveloce Serie Oro motorcycles saying, “With the production of the Rush 1000 starting this coming June, we are right on track with respect to our five-year industrial plan announced a few weeks ago,”. This is in line with his plans for breaking into new markets and improving its dealership network.

As we are breaking new ground in our expansion journey into new segments and new markets, MV Agusta will continue to produce amazing works of exclusive motorcycle art from its headquarters in Italy, remaining true to its heritage of performance, elegance, and state-of-the-art technology. I am sure this incredibly attractive model will meet the enthusiasm of the proud new owners.
Timur Sardarov
CEO, MV Agusta Motors

The MV Agusta Rush 1000 is priced at 34,000 Euros while the Rush Racing Kit will set you back for an additional 2,900 Euros. The good news is, MV Agusta’s exclusive local distributor Motostrada is accepting orders for this limited-edition motorcycle for Php 2.3M. We would love to see this motorcycle piece of art driving down our roads or at the very least, in person sitting pretty at a showroom.