Honda’s CB400X has been its entry-level adventure tourer that’s been around even before most of its competitors started putting out their own versions of it. However, the CB400X, although exclusive to Japan, has not really received any new updates in a long time — until now. It now features new livery and some blacked-out parts. With its new updates, Honda is hoping that it could attract would-be adventure riders into swinging their leg over the new CB400X. 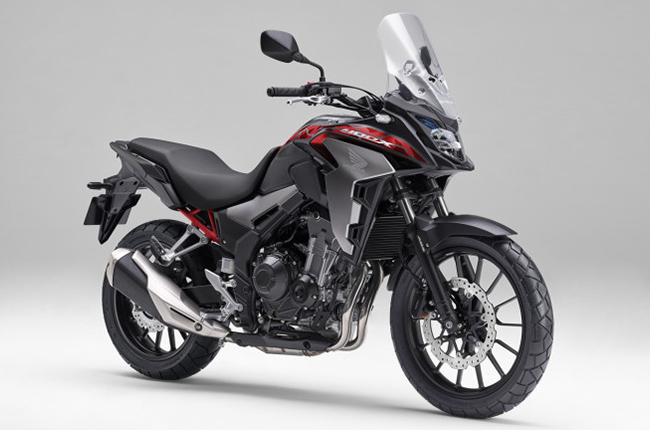 It is powered by a 399 cc parallel-twin engine that’s capable of producing 46 hp at 9,000 RPM and 38 Nm of torque at 7,500 RPM. It is mated to a 6-speed gearbox and is equipped with a slipper clutch. Keeping bumps at bay is its telescopic front fork and Prolink swingarm. It rides on 19-inch alloy wheels in front and 17-inch wheels in the rear giving it a nice ground clearance of 150 mm and a seat height of 800 mm.

Stopping duties are provided by disc brakes both in front and in the rear with standard ABS and traction control. It comes in two color options with either Matte Ballistic Black Metallic or Pearl Glare White. While the CB400X is exclusively sold in Japan, here in the Philippines, Honda offers the CB500X which is pretty much the same motorcycle but with a slightly larger powertrain on its 471 cc engine. We can expect the same updates to appear on the CB500X in the near future.

With fierce competition starting to saturate the market which includes the Royal Enfield Himalayan, the upcoming KTM 390 Adventure, and the impending arrival of the Benelli TRK 502, a much-needed update over the CB500X should perhaps come in a form of more than just its aesthetics. However, we still have our faith over Honda that they’ll do whatever it takes to remain competitive in this market as the number one motorcycle brand in the country.