Ducati first unveiled the Hypermotard 950 RVE as a concept during the last Concorso d'Eleganza Villa d'Este in Lake Como, Italy, almost a year ago. Although it was presented as a concept then, it was evident that it was pretty close to heading into production. Now that Ducati has officially made the announcement of its addition to the Hypermotard lineup, the current production version thankfully didn’t digress too much from the original concept, save for the livery and its exposed clutch which distinguishes the two versions. 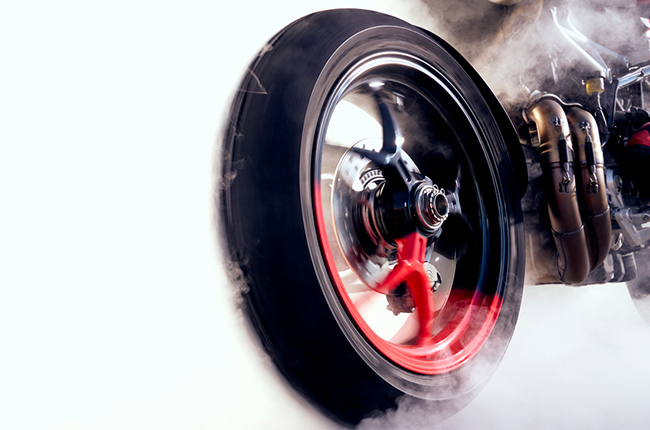 In any case, the new Hypermotard’s livery is inspired by the world of metropolitan roads, street art, and emotions that cities bring. Its “Graffiti” inspired livery creates a strong impact on its graphics, which immediately makes it stand out from the rest of the Hypermotard lineup. It’s livery immediately gives the motorcycle its own unique street-oriented character. Its unique design was made possible by a sophisticated painting process and application of the graphics by applying very low thickness water-based decals that give a distinctive effect. Even with the new graphics, the Hypermotard retains its aggressive and almost hooligan style of supermoto riding. The Hypermotard 950 RVE features a flatter saddle, similar to that of the SP version. With a motard style supermoto set up, the flatter saddle improves the ability of the rider to shift their seating position as they tear up the corners. Electronic aids for the RVE include Ducati Quick Shift (DQS), a feature only previously available to the SP version, ABS Bosch Cornering, Ducati Traction Control (DTC), Ducati Wheelie Control (DWC), different Power Modes with Daytime Running Lights (DRL) and a USB socket for your charging needs. The Ducati motorcycle is powered by a Testastretta 937 cc twin-cylinder engine churning out 114 hp at 9,000 RPM, and 96 Nm of torque. It is expected to arrive in official Ducati dealers sometime in July. Though no official announcement has yet been made by Ducati Philippines, we can expect the Hypermotard 950 RVE to be priced somewhere between the Hypermotard ABS and the Hypermotard SP or around P1,245,000.