The 700 CL-X Sport, which the Chinese company CFMOTO first debuted to the local market earlier this year, gives more riders access to high performance and a charming, vintage aesthetic. The 700 CL-X platform, which has the newest and best technology from CFMOTO, offers middleweight performance and technology in a platform that promises to deliver a pleasurable and exciting ride.

To make things even better, it will only be a matter of time until the 700 CL-X ADV is formally introduced in the Philippines. We already know that it has reached the worldwide market. Having said all that , there are a few reasons why we can't wait for the 700 CL-X ADV to be available here. Here are a few. Given what we now know about the CFMOTO 700 CL-X Sport and Heritage, it is quite safe to anticipate that the ADV will perform similarly. It has the same parallel-twin, 693cc, liquid-cooled, fuel-injected engine. This specific engine has a 180-degree crankshaft and a rating of about 70 horsepower.

After putting the CFMOTO 700 CL-X in both Sport and Heritage trims through a significant amount of testing, we can tell with certainty that this bike performs far better than its price range would suggest. Certainly, this engine will make for an exciting ride and will give motorcycles like the Ducati Scrambler Desert Sled and Triumph Street Scrambler a run for their money when installed in a more durable, slightly off-road competent base like the incoming 700 CL-X ADV.

Features that punch above its price bracket The 700 CL-X Heritage already comes with certain high-end amenities like KYB suspension and Bosch EFI. It is likely that the ADV trim level that the local market receives will include J.Juan brakes and adjustable suspension, if it is the same trim level that the European and Australian markets receive. Though it seems the bike is primarily intended as an urban roadster, this suggests a more off-road focused and durable base. Additionally, users may modify the bike to suit their own requirements and preferences if they want a more exciting, custom-fit ride. 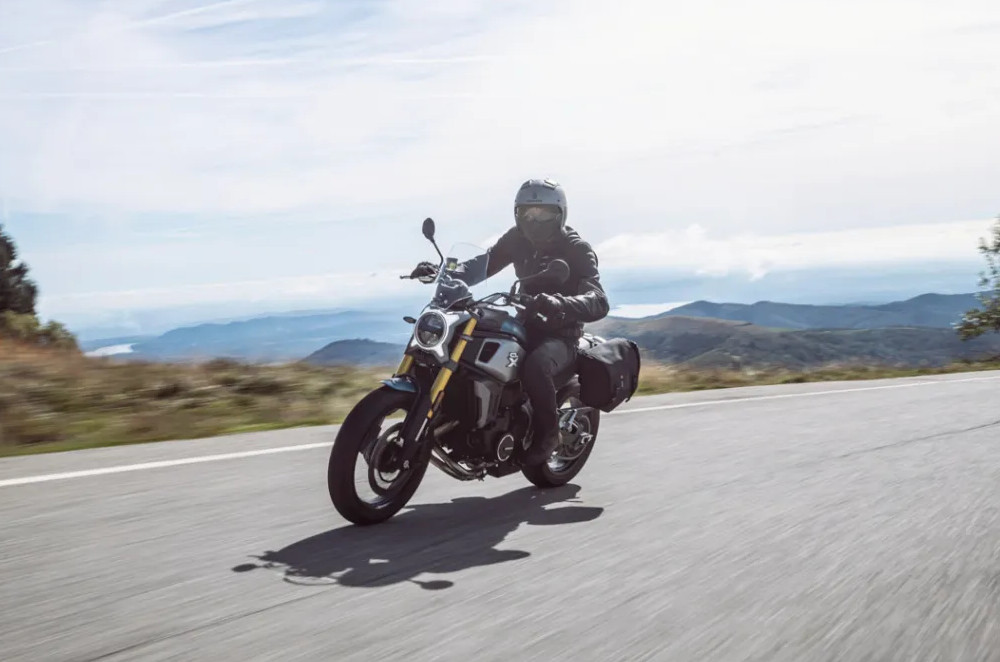 Regarding design, we can anticipate nothing less than stunning aesthetics from the upcoming bike. Because CFMOTO continuously posts images of the bike on Instagram, we already know how it looks, and it's  sufficient to say that it is one of the middleweight neo-retro segment's most rugged-looking bikes, and might potentially compete with European rivals in terms of styling. Having said that, individuals who are fortunate enough to get this bike will get wire-spoke wheels, a high front fender, and anodized gold front forks. In addition, adventurous features like a tall windshield, integrated luggage racks, and a passenger grab bar may also be included. Due to its high-end functionality, stunning aesthetic, and affordable price point, the 700 CL-X ADV will undoubtedly disrupt the market in the popular retro-style scrambler category. Although CFMOTO has not yet provided us with the bike's official price, it is likely to fall somewhere between the Heritage, which costs P369,800, and the Sport, which costs P399,800. The Ducati Scrambler Desert Sled and even the Triumph Street Scrambler are models that the 700 CL-X ADV will compete against in the scrambler market, while retailing for nearly half their price. Just... amazing.