A little bird told us that the 400 NK will be getting an update in the near future for the Philippines. The entry-level big bike will receive new features and a new look coming into the 2022 model year. As seen on the CFMOTO Global Website, we can see that the facelift will include a new TFT gauge cluster from the 650 NK and a new livery that’s similar to the colors on offer with the 700 CL-X Sport, though it’s not explicitly stated.

Starting off with the liveries, you get white and blue, as well as a black and high-viz yellow scheme. This is a big departure from the white and blue offerings that we were treated to since the start of the NK series’ introduction in the country. While the white and blue is all too familiar to us, the black colorway is totally new to the lineup and is worth a look. 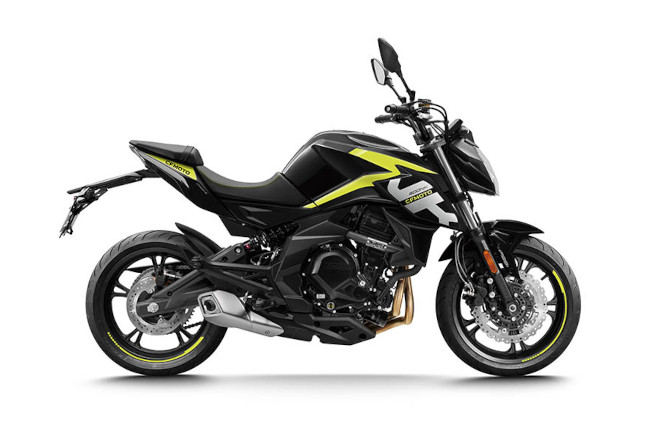 On top of that, the TFT gauge cluster from the 650 NK trickles down into the 400 NK lineup, and it features a bright screen that adds a premium touch to the otherwise entry-level 400cc naked bike. Being the brand’s best-selling model, it’s surprising that the model only received the TFT cluster now, and not in the previous facelift. Speaking of the previous iteration, the model retains its LED headlight, turn signal indicators, and taillight. It still rides on the same chassis as before, and it stops on a dime thanks to its dual disc brake setup brought to you by J.Juan.

As for the availability of these new models, Motostrada informed us that the new 2022 400 NK will reach showrooms quite soon, but no date has been announced by the company. No definite date has yet been set so keep an eye out.

If you want to inquire and hopefully reserve a unit for yourself, fill out your details in the form below, and get in touch with a CFMOTO dealership as soon as possible.