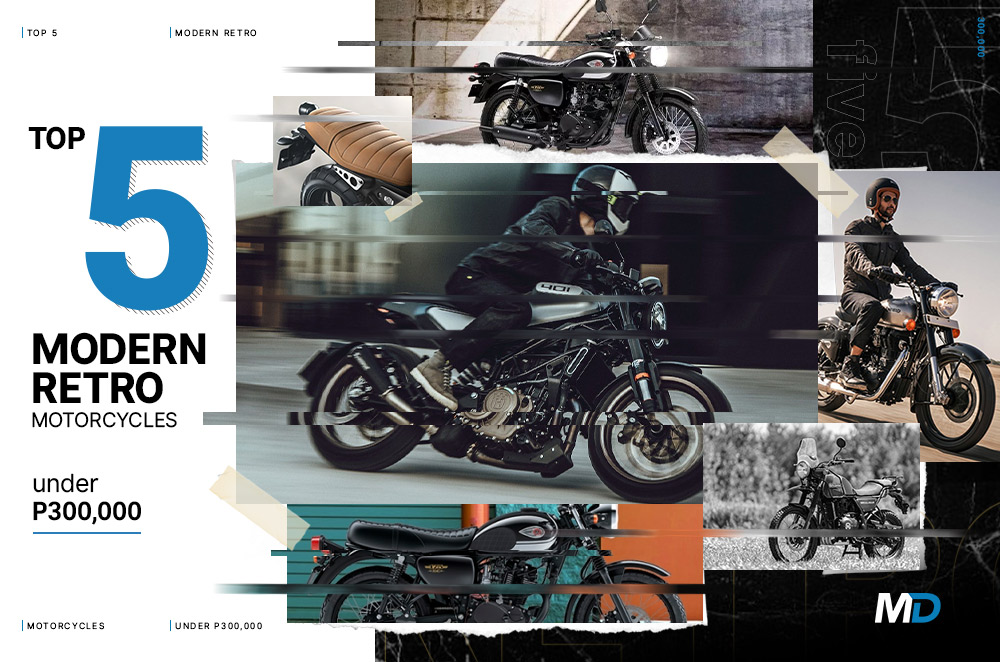 Over the past few years, the modern-retro genre of motorcycles has gathered a huge following among many motorcyclists. Whether we’re talking about cafe racers, scramblers, or neo-retro naked bikes, it seems more evident as the days go by that many riders find great appeal in having a motorcycle with the performance and reliability of a brand new motorcycle, paired with the styling and vibe of a retro or vintage motorcycle. The aesthetic appeal of a modern retro motorcycle is truly irreplaceable, so if you’re looking to get on the nostalgia train and hoping to find a modern retro motorcycle that suits your needs, here are our top 5 picks under P300,000. 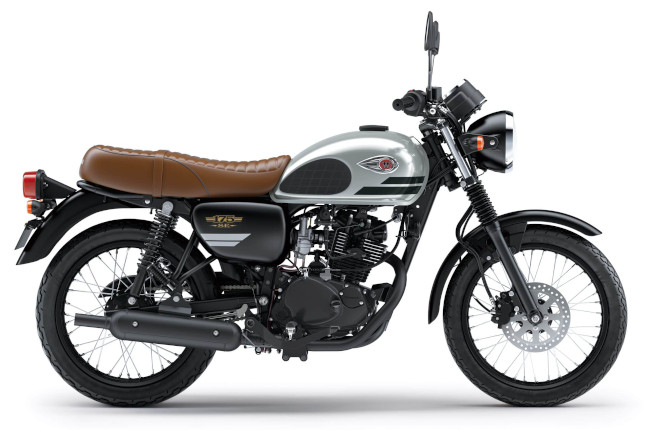 Starting out with the most affordable option on our list, the Kawasaki W175 is a retro-styled standard motorcycle which can be taken home for just P130,000. The name of this bike may sound familiar, and it definitely should. Kawasaki’s W series of bikes started out in the 1960’s, with styling that resembled many of the vintage motorcycles from England and India. Today, the W series is a staple of Kawasaki’s heritage lineup, led by the W800 motorcycles, and complemented with the W175.

The W175 sports a single and round halogen headlight, a one-piece seat, 17-inch wire-spoked wheels, and a retro-styled 13.5L gas tank, and vintage-looking fenders and side panels. Despite the vintage look, the W175 is equipped with modern hardware and electronics – powered by a 177cc air-cooled engine, sending 13 horsepower and 13 nm of torque to the ground through a 5-speed transmission. The W175 also sports a disc brake system up front, an analog gauge, a pass light switch, and a low fuel indicator. 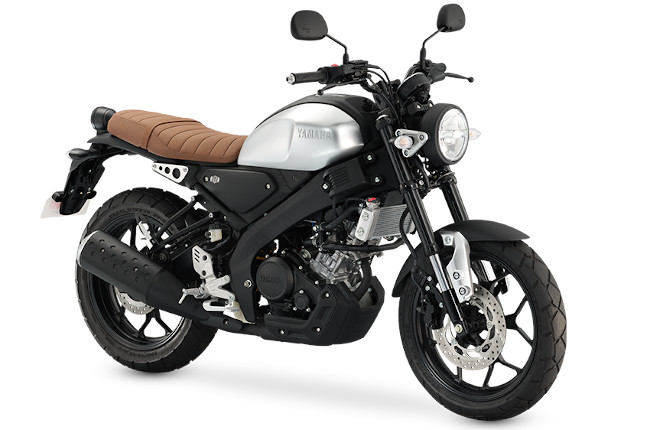 Moving on to one of the newest releases on this list, the Yamaha XSR155 was launched as a thoroughly brand new motorcycle for the Philippine market in mid-2020. The XSR155 is the smaller brother of Yamaha’s neo-retro naked motorcycle lineup, which started with the XSR700 and XSR900 back in 2016. The styling of the XSR155 screams neo-retro – a thoroughly modern motorcycle which appeals to the nostalgia-loving rider through its retro styling and aesthetic components.

The XSR155 can be picked up from Yamaha dealerships at just P162,000, and can be had in two colors: Garage Metal and Tech Black. The XSR155 sports a 155cc liquid-cooled single cylinder engine, which is borrowed from Yamaha’s R15, WR 155, and MT-15. The engine is equipped with Yamaha’s Variable Valve Actuation (VVA) system, sending a very impressive 19 horsepower and 14.7 nm of torque to the rear wheel through a 6-speed manual transmission with a slipper clutch. Modern features are also present on this bike, in the form of a digital gauge, LED headlights and taillights, a modern fuel-injection system, and a standard ABS system for rider safety. 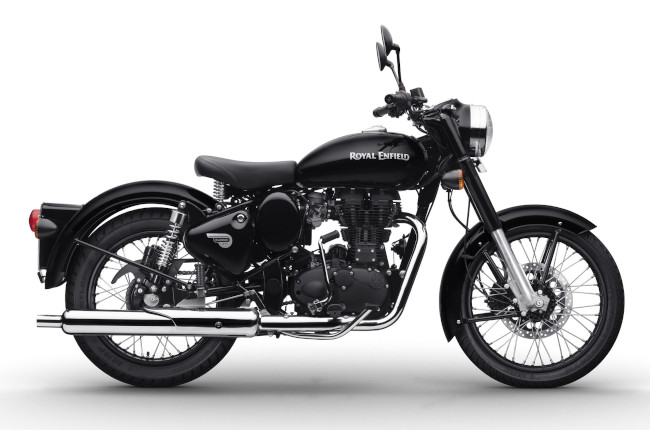 If the latter two bikes seem a little bit too modern for your taste, you might wanna take a look at the Royal Enfield Classic 350. The Classic 350 was first launched in 2009, but takes its design from Royal Enfield’s rich history in the field of classic standard motorcycles, resembling a motorcycle from several decades ago. Despite the thoroughly vintage design, the Classic 350 can be picked up brand new for just P196,500 and can be had in eight different color options to fit every rider’s desired look and aesthetic.

The Classic 350 is equipped with a 346cc air-cooled single-cylinder engine, which produces 20 horsepower and 28 nm of torque paired with a 5-speed manual transmission. The engine power delivery and sound in itself already screams of vintage – a lot of torque and a lot of grunts. The Classic 350 is also equipped with fairly modern componentry and electronics, coming standard with an immobilizer, a full ABS system, a pass light switch, a disc brake system for both front and rear, and standard analog gauges. 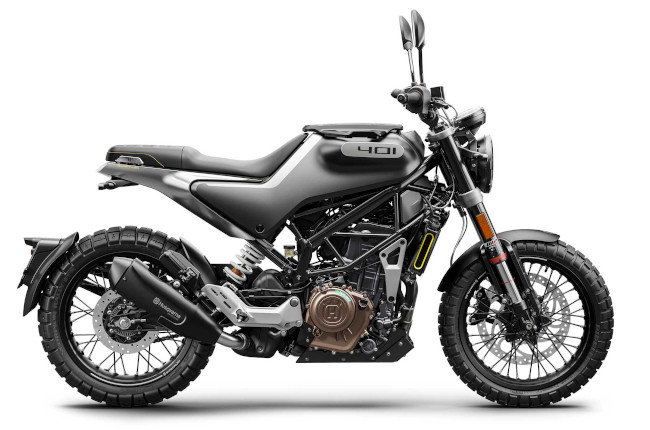 The Husqvarna Svartpilen 401 takes the form of a neo-retro scrambler, boasting edgy bodywork and retro-styled componentry. For those who may not know, Husqvarna was acquired by the KTM Group a few years back, and so it’s no surprise that at its core, the Svartpilen 401 is a thoroughly modern motorcycle – in fact, it shares many of its components with the KTM 390 series of motorcycles. The Svartpilen 401 is also the first highway-legal motorcycle on this list, and we sure are excited that one of 2020’s latest releases took the form of a neo-retro scrambler.

The Svartpilen 401 features a 373cc liquid-cooled single-cylinder engine, churning out 43 horsepower and 37 nm of torque. Power is sent to the rear wheel through a 6-speed transmission with a slipper clutch. Despite the retro design cues of the Svartpilen 401, componentry and hardware is modern through and through. The bike comes standard with an LED headlight and taillight, a digital gauge cluster, a front, and rear disc brake system with switchable ABS, an immobilizer, and a pass light switch. This beautiful neo-retro motorcycle can be had for just P295,000 and is available at local KTM dealerships. 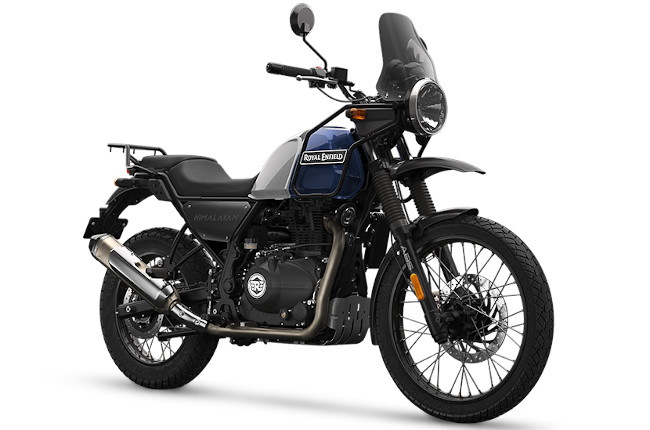 The Royal Enfield Himalayan can be bought for just P299,000 and presents a strong case for the thrill-seeking adventurer. The Himalayan sports a 411cc oil-cooled single-cylinder engine, pushing out 25 horsepower and 32 nm of torque. The displacement of this motorcycle grants it the highway-legal status and is enough to cruise near three-digit speeds. Power is sent to the ground through a 5-speed manual transmission, and the latest version of the Himalayan comes equipped with an ABS system, electronic fuel injection, analog gauges, a pass light switch, and wire-spoked wheels built for off-road duty, with a 21-inch diameter wheel on the front, and 17-inch diameter wheel at the back.