The Suzuki V-Strom has shown to be a dependable option for ADV motorcycle enthusiasts all over the world for the past 20 years. As a more compact and adaptable variant of the 1,000cc V-Strom, which was initially introduced in 2002, the V-Strom 650 made its premiere in 2004. Since then, many trim levels of the two V-Stroms have been released, although they have mostly maintained their basic design.

Suzuki's V-Strom 1050XT and 650, whether you like them or not, are reliable choices in the ADV market despite being many technological generations behind their competitors. When it comes to innovation, Suzuki has long had a reputation for being fairly sluggish, particularly with its large motorcycles. However, it is evident that the Japanese manufacturer places a high priority on expanding its selection of small bikes. Consider the brand-new Suzuki V-Strom 250 SX as an example. The new Suzuki V-Strom 250 SX may be the ideal first motorcycle for anyone wishing to start riding in the ADV category. The 250 SX sports an oil-cooled single-cylinder engine instead of the V-twin that has become the 'Strom's de facto norm. This smaller motor has a 249cc capacity and a respectable 26.5 horsepower, which is more than punchy enough to deliver confidence-inspiring acceleration. Suzuki asserts that the "V" in "V-Strom" stands for versatility, and the V-Strom 250 SX certainly embodies this.

V is for Versatility The V-Strom 250 SX boasts traditional telescopic forks with 120 millimeters of travel in addition to its solid performance. Its front and rear wheels are 19 inches and 17 inches, respectively, and it has a preload-adjustable rear monoshock. Suzuki was obviously on a tight budget in order to be able to sell this bike at a reasonable price, so wire-spoke wheels, like those on the V-Strom 650 XT, would have been much better to have included.

Feast your eyes on the new Suzuki V-Strom 250 SX 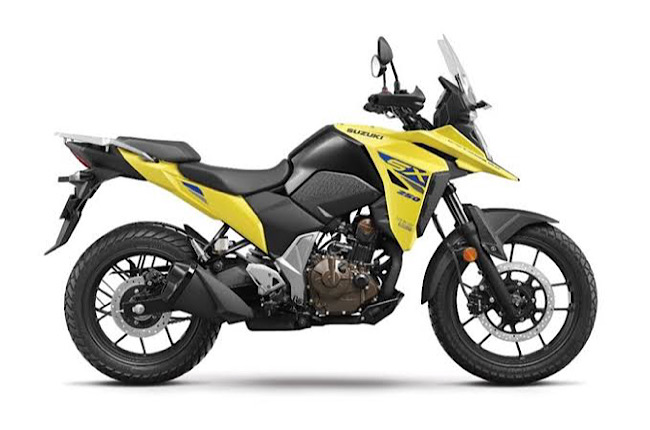 You would think the bike is a much larger motorcycle just by looking at it. Similar to its bigger brethren, the V-Strom 650 and 1050, it has a large, angular body. In addition, Suzuki's dual-sport motorcycles, notably the DR Big and DRZ 400 enduro, served as inspiration for its boxy, stacked headlight. The V-Strom 250 SX emanates refinement and sophistication despite being a beginner-level, budget-focused model because of all these visual features. The Suzuki V-Strom is now offered in the Philippines for P229,000. Given how versatile and simple to ride this vehicle is, you could certainly say that the V-Strom 250 is chock full of value. Suzuki Philippines has started accepting reservations for this motorbike; delivery is anticipated to begin in the first quarter of 2023.