What makes these motorcycles very unique, however, is that they enter the Philippine market in a very unique place. Many of the attributes which the 401 motorcycles carry can be found on similarly designed motorcycles from other manufacturers. However, the 401 seems to take its own unique spot in the market, and the whole of these motorcycles is proven to be worth a lot more than the sum of its parts and attributes. In December 2020, we were excited to hear of the 401’s local production and release, but our excitement goes a little bit further than that. Here is why we think the new Husqvarna 401 motorcycles are important bikes for the Philippine market. 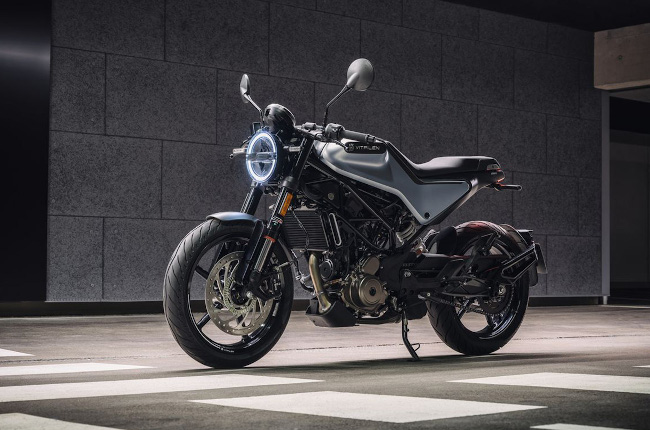 Over the past decade, we’ve seen a big turn towards the neo-retro trend. Modern fashion seems to be taking inspiration from designs of the ’80s and ’90s, new technology is adapting styles and features from older-generation tech, and it seems new motorcycle releases are following a very similar trend, with the release of multiple neo-retro bikes over the past few years. In the Philippine market, Honda has the CB650R which takes inspiration from the older-generation and widely-popular CB400 Super Four, the Yamaha XSR lineup is a good throwback to vintage and retro body styling, Kawasaki and BMW both have their own heritage lineups, in the form of the W series and R nine T series respectively, and so on. Not to mention, there has been a persistent wave of cafe racer and scrambler motorcycles from the world of custom motorcycles. No matter where you look, the neo-retro motorcycle genre is ever-present and might persist for years to come. Picture this, you’re in the market for a neo-retro styled motorcycle that has over 40 horsepower, can legally and easily cruise highways at three-digit speeds, takes the form of a scrambler or cafe racer, and can be had for around P300,000. Before the introduction of the 401 motorcycles, options were quite limited and pricey. Ducati has the Scrambler Sixty2, which sports a 399cc L-Twin engine, but the P499,000 price tag may deter a few from ownership. The Royal Enfield Continental GT 650 is a solid cafe racer contender at just below the P400,000 mark, but the size and weight may be a bit much for a few to handle. Other motorcycles like Honda’s CB650R and Yamaha’s XSR700 fit the bill nicely too, but are priced well above the P400,000 mark, and take the form of naked motorcycles rather than scramblers or cafe racers specifically.

You can see where this is going. Among all the options in the market, there wasn’t a single scrambler or cafe racer from a big Japanese or European manufacturer that was priced at around P300,000 and could be powerful enough to be used for spirited highway rides around NCR. With the introduction of the 401 motorcycles, however, Filipinos are now able to have their very own scrambler or cafe racer at a friendly price tag. The Svartpilen 401 scrambler can be had for P295,000, and the Vitpilen 401 cafe racer can be purchased at P315,000. We’re surely excited to have a lot more options available in this specific segment of the market. 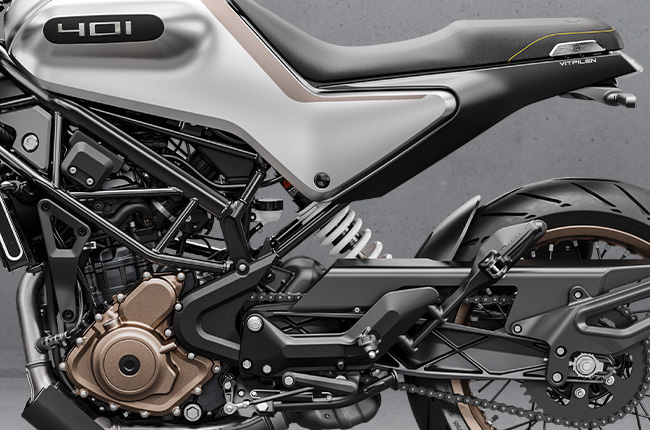 As mentioned earlier, the Husqvarna Svartpilen 401 and Vitpilen 401 share similar frames and engines with the KTM 390 series of motorcycles. The 401’s chassis is the same Trellis frame from the KTM 390 Duke and RC 390, while the 373cc liquid-cooled engine is adapted from the updated 390 Adventure, featuring BS6 emissions compliance. The 401 features WP Apex 43mm suspension components, a digital gauge cluster, LED headlights and taillights, front and rear ABS, and sends a healthy 43 horsepower and 37 nm of torque to the ground through a 6-speed manual transmission with a slipper clutch. The body styling of this motorcycle is also put together very well, with Alcantara seats and an edgy one-piece fairing per side. Quite a lot of motorcycle for the price.

The Svartpilen 401 is styled as a scrambler, while the Vitpilen 401 comes out as a cafe racer. While these two motorcycles share many similar components, there are a few differences that make each of these motorcycles unique. The Svartpilen 401 is equipped with a tall handlebar with a crossbar for an upright seating position, 8-spoke cast wheels, and a set of Pirelli Scorpion Rally STR tires for on-and-off-road duties. The Vitpilen 401 on the other hand comes standard with clip-on bars, a beautiful set of 5-spoke cast wheels, and Metzeler M5 Interact sport tires. If you’ve sat on the KTM 390 motorcycles, the ergonomics of the Svartpilen and Vitpilen can be compared with the 390 Duke and RC 390 respectively.

KTM 390 Adventure Review - Beyond the Ride Put all of these parts together, and Husqvarna has introduced a motorcycle that takes a very unique place in the local industry. Because it is a highway-legal neo-retro styled motorcycle, with over 40 horsepower, a friendly price tag of around P300,000, and an option to take home a scrambler or cafe racer body style, It goes without saying that the Husqvarna 401 motorcycles are important for the competition of the local industry, and for the many Filipinos who are looking to own their own motorcycle which checks all of these boxes. We’re looking forward to seeing many more 401 motorcycles on the road, and even more excited to see other manufacturers release motorcycles which take similar spots on the market.