For many motorcycle enthusiasts, upgrading to a big bike is one of the ultimate goals of the two wheeled lifestyle. Most of us season riders, however, started our two-wheeled journeys aboard something more modest. That being said, it isn’t uncommon for first-time riders to buy the bike of their dreams straight away, especially for those who are financially loaded.

However, did you ever stop and think that maybe this could be a bad idea? Well, today, we’re going to discuss whether or not it really is a good idea to start your two-wheeled journey aboard a big bike. By big bike, we’re referring to performance-oriented machines faster than most cars on the street—bikes like the Yamaha MT-10, BMW S 1000 R, and Ducati Streetfighter V4.

Big bikes are harder to handle 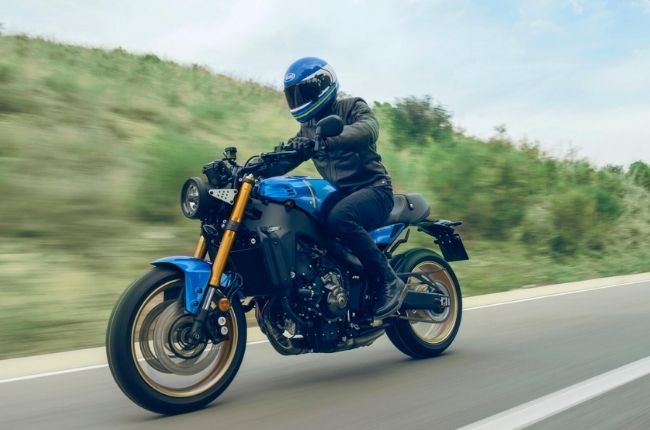 First and foremost, don’t allow yourself to be deceived by the notion that riding a big bike is just the same as riding a scooter. Sure, you may have taken your friend’s Vespa out for a spin around the block and thought to yourself that it was an effortless experience. However, let us be the first to tell you that even riders who have years of experience on scooters can easily screw up once they ride a big bike for the first time.

Not only are big bikes heavier and more powerful, they’re also a lot more sensitive to rider inputs—be it the throttle, brakes, or clutch. As such, a small mistake that can easily go unnoticed on a small bike can easily translate into a potential crash-causing error while on a bigger, more powerful bike.

It takes a lot of skill and discipline It certainly goes without saying that riding a big bike requires a lot of skill and discipline. First time motorcyclists will inevitably be excited to experience the thrills of going fast—the rush of acceleration, the excitement of taking corners. However, doing so on a motorcycle with upwards of 100 horsepower on tap is a recipe for disaster, regardless of how high tech the bike’s electronic systems are.

There’s a reason why training courses for big bikes are far more in-depth and extensive than a basic riding course. Sure, you may be the most skillful rider when it comes to technical skills. However, do you have the right mindset when it comes to handling the power. Even mid-size big bikes like the Kawasaki Z650 are faster than 90 percent of cars on the road, and can very easily give a first-timer a lot more than they can chew. If you’re really adamant on starting your riding journey aboard a big bike, then you’re in luck. There are a few exceptions which, when paired with proper training and discipline, can work very well as a learner bike. For starters, today’s 400cc segment occupied by the likes of the Kawasaki Ninja 400, KTM 390 Duke, and CFMOTO 400 NK have modest power outputs, and can easily be tamed and managed with proper practice. Bigger bikes such as the Honda CB500X, and even the likes of the Triumph Street Twin and Ducati Scrambler can also be included in this list, however, the rider must have a strong sense of discipline, as well as the commitment to really practice and develop their skills.

As is the case in most things in life, there’s always a risk associated when it comes to getting into big bikes. The likelihood of you dropping the bike in the parking lot or while traveling at low speeds is a near certainty, so be sure you’re prepared for that. Also, never skimp on training. Take as many riding courses as you can—both online and in-person, so you can develop a strong foundation, both in-theory and practically, on how to become a safe and proficient motorcyclist.