Supersport and hypersport motorcycles are extremely popular options in the big bike segment thanks to their styling, performance, and race-bred design. While these bikes certainly look the part, there are indeed a few things to consider before buying such a machine.

Supersport motorcycles such as the Kawasaki Ninja ZX-6R, or even more so, the Yamaha YZF-R1, are among the fastest things on the road. To add to these, superbikes aren’t exactly the most comfortable machines, either. That being said, there are certainly several factors to take into account before deciding whether or not a supersport motorcycle is the right bike for you. Here are a few things to keep in mind.

Whenever you see photos of supersport riders, be it on the track or the street, you may notice that the rider always seems to be hunched over in an attack position. This is the natural seating position of most sportbikes, as these machines are designed to prioritize speed and performance over comfort. Being in a hunched over position not only makes the rider more aerodynamic, but gives him or her more leverage to control the bike at high speeds.

Sportbikes have this type of ergonomic package thanks to low-slung, clip-on handle-bars, a tall seat, and rear-set footpegs. This aggressive rider triangle puts your chest closer to the tank, your legs slightly upwards and behind you, and the majority of your upper body weight on your wrists. Naturally, this is rather uncomfortable, especially in Manila’s traffic-dense roads. It is, however, the perfect riding position for a day at the track, or on twisty mountain roads. Now when it comes to performance, most supersport bikes deliver upwards of 100 horsepower, with bikes like the BMW S 1000 RR pumping out upwards of 200 ponies. Now, the way these bikes deliver power, especially 600cc-class inline four-powered machines, is such that it seems very docile at low RPMs, but suddenly comes to life beyond 6,000 RPM. While this varies from bike to bike, it may take a beginner rider by surprise, especially when the engine has spooled up to reach its peak power.

Apart from this sudden power delivery at high RPMs, supersports also tend to be geared very long. This means that first gear often tops out at speeds higher than 100 kilometers per hour. This can be rather challenging when riding in tight traffic, as you’ll often find yourself riding out the clutch, and revving the engine just to keep it at that sweet spot at low speeds. So yes, whenever you see a big bike rider revving their engine in traffic, it isn’t always just to show off. They’re also trying to keep the engine from stalling out.

Given how much performance supersport bikes pack, it isn't really surprising that their engines generate quite a bit of heat. This is especially true in hotter climates just like our very own. As such, even spending a few seconds stopped at a red light can have you sitting in discomfort, with your nether regions feeling the burn. Most of the time, supersport bikes need to be traveling at speed in order to cool down. The heat is further turned up if you opt for a V4-powered bike such as the Ducati Panigale V4, as the rear cylinders are positioned right under your butt. 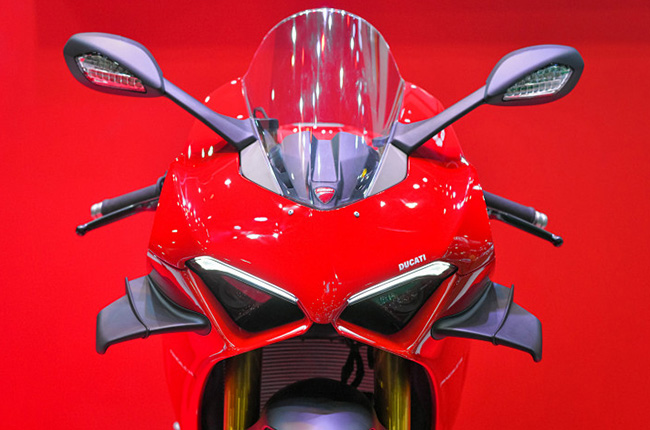 With great power comes great responsibility—to put your bike to a stop in a safe and abrupt manner. This is why most supersport bikes are equipped with some of the best braking hardware in the market. Braking systems such as Brembo’s Stylema-MCS combo can put even the fastest bike to an abrupt stop at an extremely rapid pace. As such, superbikes tend to have very touchy brakes, easily actuated with a one-finger pull.

Naturally, having brakes that feel like an on/off switch at low speeds can be very disconcerting, especially for the newbie rider only just beginning to get used to riding in traffic. If you ever find yourself stuck in traffic aboard a high-power supersport bike, be sure to keep your braking in check, as you may lose your balance or stall the bike out if you press or tap on the brakes too hard.