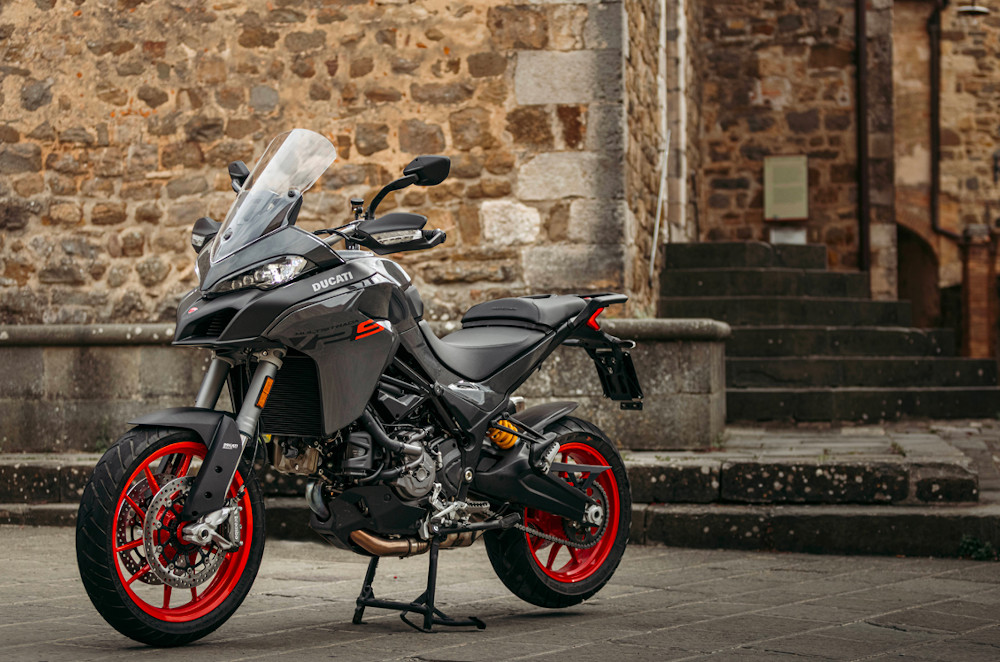 Ducati sure makes some amazing high-capacity machines. Its newest Testastretta V4 engine we find in the likes of the Panigale, Streetfighter, and Multistrada V4 is undoubtedly one of the modern marvels of engineering. However, it is precisely because of its cutting edge tech that you can say it isn’t for everyone. It’s true, 200 horsepower on a two-wheeled vehicle may sound like a handful on paper, because it’s true.

Unsurprisingly, not everyone is capable of comfortably handling a machine with upwards of 200 horsepower on tap, especially those looking for a ride that’s more tractable and versatile. This is why you could argue that the sweet spot when it comes to big bikes lies in the 700cc to 900cc segment. Luckily, Ducati, too, has been innovating in the middleweight sector, and has redesigned and refined its 937cc Desmodromic L-twin motor to suit a variety of applications. For the adventure segment, we have the new Multistrada V2, a bike that’s sure to capture the attention of intermediate adventure-touring riders. 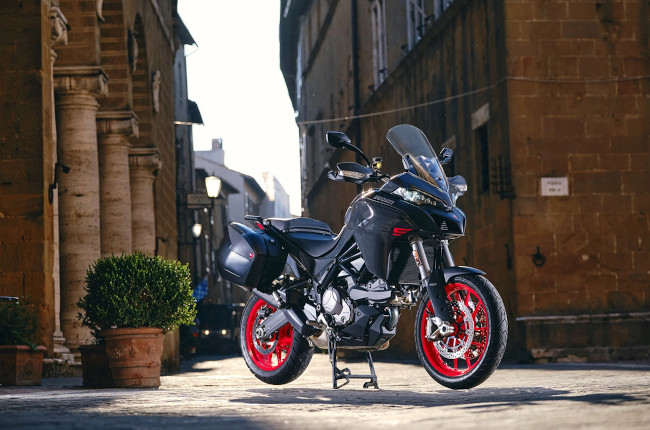 The Multistrada V2 was presented at the "Ducati World Premiere 2022," a series of events in which the Italian manufacturer unveiled six new motorcycles. The 2022 Multistrada V2, branded "your everyday marvel," is the first of these machines. The Multistrada V2 is powered by the latest version of the Italian motorcycle manufacturer's 937cc Testastretta L-twin engine. It has 113 horsepower and 96 nm of torque and is coupled to a 6-speed transmission—figures which you could say sit at the goldilocks zone of performance. 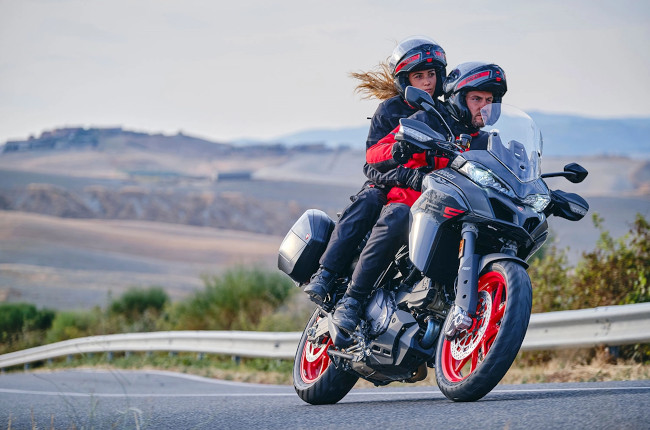 As its name suggests, the Multistrada has been designed to be the master of a variety of terrains. Although geared up primarily for road application, the Multistrada V2 can very easily make its way through gravel roads, or even the occasional light trail. This is thanks to its long travel suspension, 19-inch front wheel, and dual-purpose rubber. Now, another benefit a bike the size of the Multistrada V2 offers is added versatility. Yes, it’s a capable highway tourer, and yes, it can tackle occasional off-road terrain. But its proportions also make it ideal for riding around the city, as it isn’t too tall nor too wide that it’ll become a struggle to commute through Metro Manila traffic.

This is Ducati's first electric motorcycle 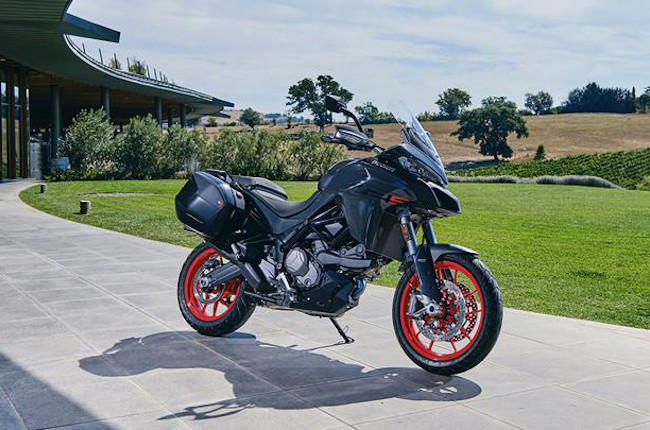 As for features, the Multistrada V2 takes all the goodies we find in its bigger sibling, the V4, and optimizes them into a package that’s more user-friendly and accessible to the everyday rider. A tubular steel trellis frame is used in the Multistrada V2. The front suspension consists of 48mm completely adjustable inverted forks, while the rear suspension consists of a fully adjustable mono-shock. Electronic compression, rebound damping adjustment, and Ducati's Skyhook Suspension are all standard on both the front and rear suspension setups.

Sport, Touring, Urban, and Enduro are the four riding modes, which can easily be toggled on the fly, available on the new Multistrada V2. Other features include a 5-inch TFT display, full LED headlights, cornering lights, cruise control, a quickshifter, backlit handlebar controls, and self-canceling turn indicators if you opt for the more premium V2 S. 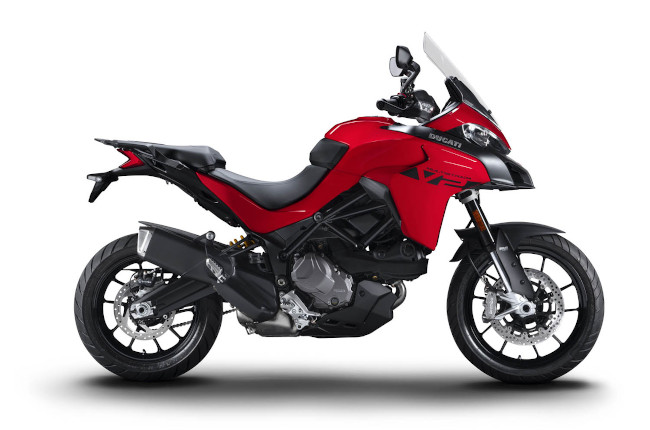 The new Multistrada V2 has a design that is largely similar to the previous 950, but with a few major differences. Ducati has improved the graphics on the fairing and modified the headlight cowling. The V2 is 5kg lighter than the 950, which improves the power-to-weight ratio. In November of last year, the Ducati Multistrada V2 2022 went on sale in the global market. Although local availability is unknown at this time, we believe Ducati Philippines will introduce the new model to our shores this year.