Ducati has unveiled its first electric motorcycle ahead of its MotoE debut in 2023. The yet-unnamed bike, codenamed "V21L," took to the track at the Misano World Circuit in Italy.

In October, the company announced that it would be replacing Energica as the sole supplier of electric motorcycles for the MotoE World Cup. As the electric class of the MotoGP World Championship, MotoE is in its third year. Now, the competition looks to get a shot to the arm with Ducati entering the fold. 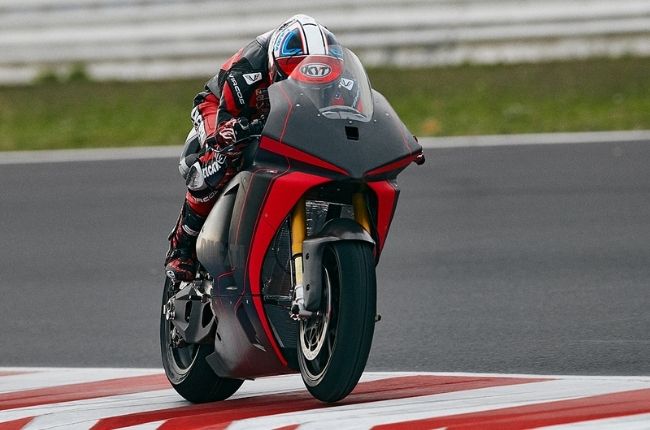 The V21L was jointly developed by the Ducati Corse team and Ducati R&D engineers. On the outside, the bike bears some resemblance to the brand's other track-focused models like Panigale V4. It's especially apparent in the V21L's front fairing, which features the same aerodynamic design.

Ducati says its most significant challenges with the bike relate to its size, weight, and range. Through a newly developed cooling system, Ducati aimed to optimize performance while maintaining weight and consistent power delivery during races. 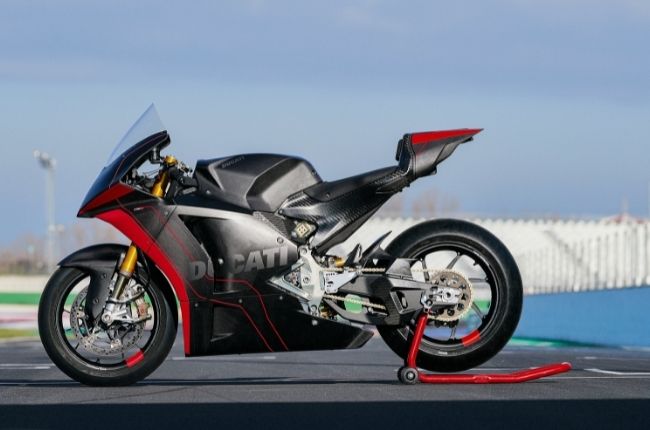 As the V21L is still in the testing phase, details remain scarce. Ducati has not disclosed any information on the bike's motor and battery. However, some reports indicate that the electric motorcycle packs around a 21 kWh battery. The V21L could be capable of about 120 kW (160 hp) and 200 Nm of torque.

Based on what Energica managed to eke out of its MotoE models, the top speed could come in at 270 km/h or more. The Ducati V21L would also likely be equipped with top-shelf Öhlins suspension and Brembo brakes.

The prospect of a street-legal electric Ducati is an exciting one, and fans can rest assured knowing that it's on the way. One of Ducati's goals in entering the MotoE space is to research and develop an EV for road use. With the state of things today, something like that may not hit showroom floors until 2025.