When BMW launched the R 18 on the global market last year, the entire motorcycling community marvelled at the elegant machine which, in many ways, signified many firsts for BMW. Not only was it the German motorcycle manufacturer’s first foray into the modern-day cruiser segment, it was also the biggest boxer twin to ever roll out of BMW’s assembly line.

Needless to say, the BMW R 18 is a very, very special motorcycle. Seeing one up close and personal truly brings justice to just why this bike had been so hyped up prior to its launch. Meant to challenge the modern-day high displacement cruiser segment, here are a few reasons why we think the BMW R 18 is one of the best cruisers ever made. As mentioned earlier, the BMW R 18 is the German motorcycle manufacturers first foray into the high displacement cruiser segment. It is very clear to see that BMW did not disappoint when it comes to the styling of this motorcycle. Just like the R nineT, BMW’s other neo-retro offering, the R 18 boasts timeless styling inspired by the company’s rich heritage.

The BMW R 18 is a very sleek and elegant machine which gives off a classic custom cruiser aura in the classiest way imaginable. It employs a seamless blend of chrome, stainless steel, and blacked-out elements which further accentuate this bike’s classic appeal. Its long wheelbase is highlighted by flowing lines which lend themselves to a very upright and comfortable riding position. The BMW R 18 was designed keeping in mind BMW’s rich heritage. Drawing heavy inspiration from the company’s earlier models, the R 18 in particular, has been designed as a modern-day evocation of the legendary BMW R5, a cruiser style machine which first debuted in 1936. Just like the R 18 of today, the R5 served as a bike of many firsts for BMW back then. For instance, it was BMW’s first motorcycle to come equipped with a foot-operated gearbox. It also featured a high-tech for the time electrically welded double cradle steel frame—a feature we continue to see on motorcycles nearly a century later. When it comes to performance, BMW didn’t skimp out on the engine of the R 18. In fact, BMW pulled out all the stops in creating a showstopper of a motor for this bike. It is, in fact, the bearer of BMW’s largest production boxer engine to ever be seen on a motorcycle. Displacing a total of 1,802 cubes, this horizontally opposed “boxer” twin-cylinder motor delivers a healthy 90 horsepower and 158 Nm of torque—perfect for cruising the highways in effortless comfort and style. 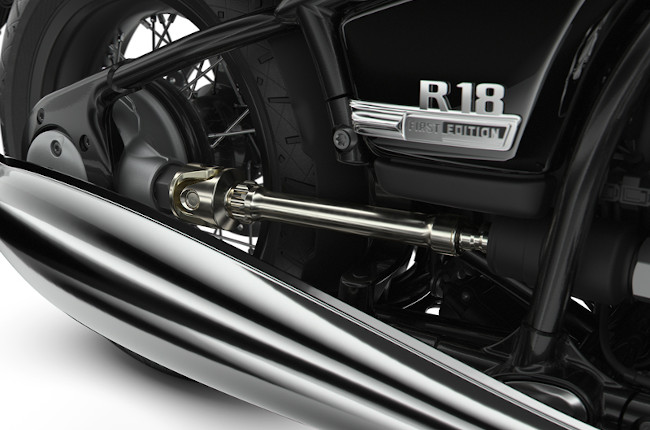 As far as features are concerned, you’ll be surprised to know just how loaded this bike is, despite its barebones appearance. Just like the R5, BMW bas made use of a modern-day double-loop steel tubular frame. It gets telescopic forks with a classic-style centrally mounted suspension strut upfront, while the rear end is suspended via a monoshock with built-in preload adjustability.

The R 18 comes standard with some impressive rider aids, too. For starters, this heavyweight cruiser gets three riding modes—Rain, Roll, and Rock. It even comes equipped with Automatic Stability Control (ASC), Engine Torque Control, as well as hill-start assist, and even an electronic reverse assist which will surely come in handy when parking this gargantuan machine. 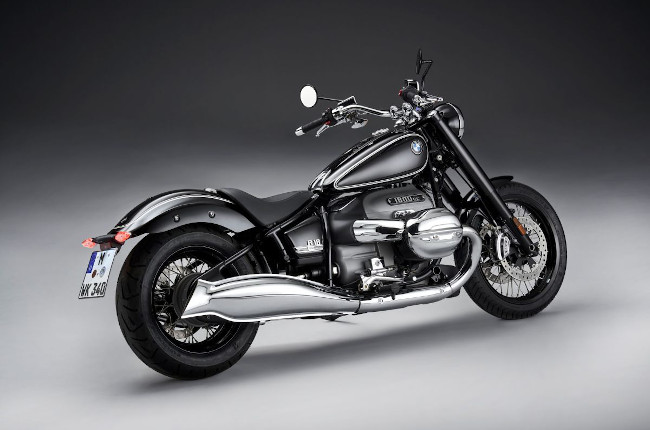 The BMW R 18 comes with a hefty sticker price of P1,955,00. Just like the bike itself, it fetches quite a large sum of money. However, there’s no denying that you get a hell of a motorcycle for your money. Not only is this motorcycle a timeless classic in the making, it is a thoroughly capable long distance cruiser which is sure to have you cruising the highways in at most style and comfort, while turning heads in the process. The BMW R 18, despite its thoroughly classic styling, is indeed one of the most technologically advanced cruisers currently available in the market—a machine which combines the elegance of the past with the technological advancements of the present.