In the local market, motorcycle sales were rather impressive in 2021. With the country adapting to the new normal, motorcycles gained even more popularity given the limited capacity of public transportation systems. In order to get around, people found ways to acquire their own two-wheelers, be it through taking loans, or reaching into their savings. That being said, we recently talked about the top 20 most inquired motorcycles on MotoDeal.com.ph. That list wasn’t all too surprising, as scooters and commuters were indeed the most popular. This time around, let’s take a closer look at the finer details of last year’s data, and discuss the top 10 most inquired brands and body types. Unsurprisingly, all four of the big Japanese motorcycle manufacturers were in our top 10 most-inquired list. Leading the charge is none other than Yamaha, with its lineup of affordable and economical commuters, scooters, and street bikes. Following shortly thereafter is Honda, with its similar portfolio of value-laden products. A Few spots down sits Kawasaki, known mostly for its value-for-money big bikes such as the Ninja 400 and the Bajaj Dominar 400. In sixth place overall, Suzuki enjoyed a lot of inquiries, especially for some of its more affordable, beginner-friendly models.

Do you really need to use premium gasoline on your motorcycle?

Chinese and Taiwanese manufacturers are picking up steam If you’ve read our previous article on the top 20 most inquired motorcycles, you’ll know that the Yamaha NMAX, Aerox, as well as the Honda ADV150 and Click 125i were among the most popular models in the list. However, it’s also interesting that a number of up and coming players, particularly those from China and Taiwan have made it to our list, as well. That said, you probably won’t be surprised to know that CFMOTO took the third spot on our top 10 most-inquired brands list. With super enticing bikes like the 400 NK, 700 CL-X, and GT400, few other manufacturers offer the same level of value for money as CFMOTO.

Apart from CFMOTO, Motorstar also garnered a lot of inquiries landing itself in seventh place overall. Among its most popular models include the most affordable highway-legal bike on the market, the Cafe 400. The Xplorer 250R adventure bike was also a fan favorite this year, sitting in 10th place in our top 20 most inquired motorcycles list. Following Motorstar is Taiwanese two-wheeler giant Kymco, at eighth place. Although none of its bikes made it to our top 20 list, the Taiwanese manufacturer is best known for its premium and comfortable maxi-scooters, particularly the Xciting 400i, a popular choice in the highway-legal maxi-scooter segment.

Scooters are still the kings of the road 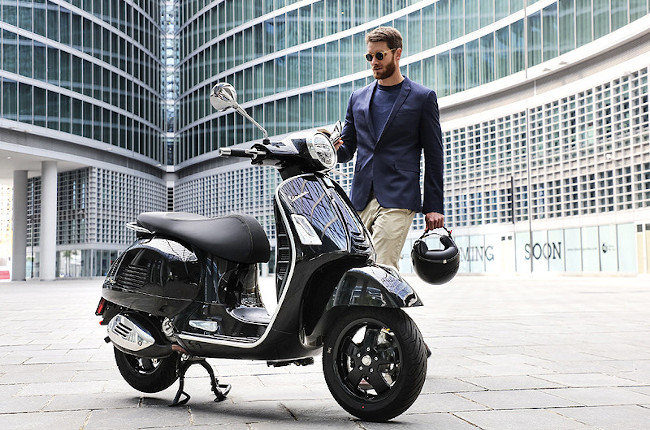 Now, moving on to the most popular body types, it’s no surprise that scooters ranked number one by a huge margin. Overall, 17 percent of all inquiries in 2021 were for scooters. This is aligned with our top 20 list wherein the Yamaha NMAX and Aerox were in first and second place respectively, with other scooters such as the Honda ADV 150, as well as a good number of Vespas taking the top 20.

Following scooters, naked bikes were the second most popular body type, with a total of 11 percent of inquiries. Some popular naked bikes from last year include the CFMOTO 400 NK, Yamaha XSR155, and Kawasaki Bajaj Dominar 400. After naked bikes, commuters, cruisers, sportbikes, and adventure bikes were the next most popular body types, comprising the lower 50 percent of inquiries on our site in 2021.

How to prepare for summer motorcycle riding In summary, below are the top 10 most inquired motorcycle brands on MotoDeal.com.ph in 2021 in descending order.

Likewise, here are the top 10 most inquired body types on MotoDeal.com.ph in 2021, also in descending order.