These days, motorcycles are loaded with technology. It seems that manufacturers never run out of ideas when it comes to making bikes safer, faster, and easier to ride. Back then, some of these features could only be found on top-shelf machines with price tags in the hundreds of thousands, if not millions of pesos. These days, however, even entry-level machines get to join in the feature-rich fun of modern day motorcycling.

Having said all that, it can be all too easy to miss out on some of the features manufacturers put into our bikes. That, plus, some tech and safety features are so well put together that we don’t even notice them doing their magic while we’re riding along. Let’s take a look at 5 features you may not know your motorcycle is equipped with. 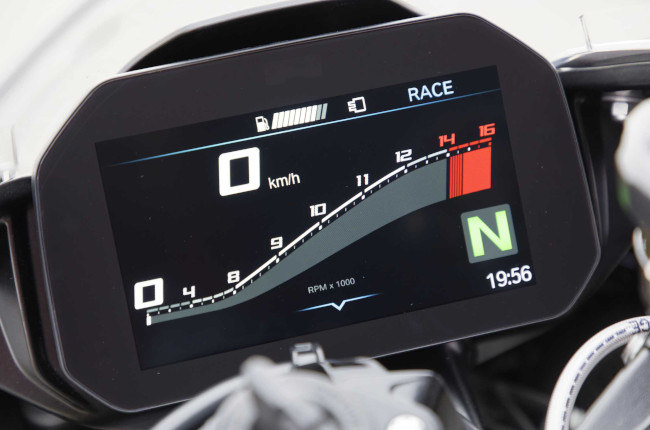 Bluetooth connectivity is a rather new and hip feature that we commonly find especially in newer motorcycles. For some, this defeats the purpose of riding a motorcycle, as it keeps you connected with the world around you. However, this is exactly what a lot of younger, on the go motorcyclists are looking for. That being said, Bluetooth connectivity can be found one more affordable bikes in the market.

Some notable examples of motorcycles which feature Bluetooth connectivity as standard are the new Yamaha Mio Aerox and NMAX 155. As we move up the ladder in terms of price and performance, Kawasaki’s 650 range of bikes, particularly the Ninja 650 and Z650, offer smartphone pairing via Kawasaki’s Rideology app. We have talked about the functions of a slipper clutch in great detail in a previous article. In essence, a slipper clutch optimizes the motorcycle's transmission to work in harmony with the rider's inputs. It also acts as a safety device, especially for beginner riders whose throttle control is still under development. A slipper clutch allows the clutch to slip under sudden deceleration, preventing the rear wheel from locking up and potentially causing a crash.

Conversely, slipper clutch systems also incorporate a slip-and-grip setup, wherein the clutch discs mechanically clamp against each other with greater force as the engine spins faster. This results in an overall lighter clutch pull, as manufacturers can install lighter clutch springs. These days, nearly all premium motorcycles come equipped with a slipper clutch, making this a ubiquitous feature, especially in the big bike segment. Traction control is a system which ensures that your rear tire continuously puts down just the right amount of power to the ground. More commonly found in bigger, high-performance machines, this system prevents wheel slippage, particularly in low-traction scenarios such as when the roads are wet, or when there are lots of imperfections on the tarmac.

Most motorcycles equipped with this system offer you the ability to switch it off, particularly if you find yourself riding on the track, off-road, or in a situation wherein you want to hone your riding skills. Some notable beginner-friendly bikes which feature a traction control system are the likes of the Honda CB650R and Triumph Trident 660. Nearly all motorcycles come equipped with suspension which is adjustable in one way or another. If you move up the ladder in terms of price and features, you’ll find that even the front suspension is adjustable, with spring preload and rebound easily toggled via a switch. More affordable bikes will come with a preload-adjustable rear shock setup, which allows you to toggle the stiffness of the rear suspension to account for variables such as rider weight, cargo, and even a pillion. Riding modes are more commonly found on high-performance big bikes which are optimized to perform at their best, regardless of the situation. Most riding modes consist of two or three settings—usually a road mode for city duty, a rain mode for low-traction situations, and a sport mode, which allows the engine to produce its maximum output.

Oftentimes, riding modes don’t only toggle the bike’s engine response. They can also incorporate a slew of other electronic features such as cornering ABS, traction control, and even wheelie control.