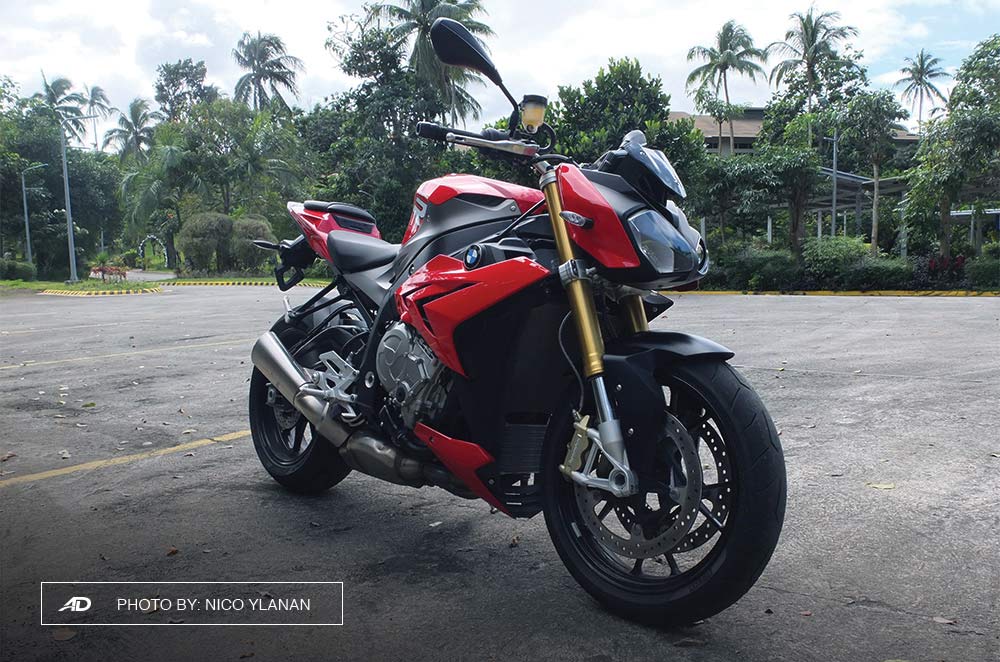 Ask anyone about a BMW motorcycle and chances are the first thing they’d mention is their adventure motorcycle, the GS. That’s fair enough, as most people agree that BMW is synonymous with adventure. Here’s the thing, though; BMW makes extremely desirable and blisteringly fast street bikes. From the Isle of Man TT, the Dakar Rally, and to World Superbike Championship, BMW’s line of superbikes have been winning the hearts of those looking for solid reliability, impressive technology, and a whole lot of fun.

BMW Motorrad has been around for 95 years, and the propeller logo Teutonic brand has been churning out motorcycles to cater to almost every facet of riding. For us, it just so happens that we like naked motorcycles. Fast naked motorcycles. That’s why when we got our hands on the BMW S1000R, we clocked in a considerable amount of riding kilometers, taking it through its paces as an everyday motorcycle - because, why not? The S1000R competes with the very best roadsters from around the world, bringing to the table BMW’s killer 999cc inline-4 cylinder motor from the S1000RR superbike. The goal was to create an all-around enjoyable naked motorcycle that would hold its own in any riding condition. Great lengths were taken into making the S1000R as slim and compact as possible, while still retaining comfort, handling, and performance. In essence, the S1000R is a visually stripped down version of their flagship superbike. So, this is in no way a downer.

Chock full of riding aids and safety technology, the S1000R might be down 30hp from it’s sportbike brother, but make no mistake as 160hp is still a whole lot of power to tame on our roads. This loaner bike had all the optional electrical wizardry installed. Good idea, as the S1000R is still amazingly fast for real-world conditions.

While the looks from the headlight might polarize some, the overall styling is on point and akin to the S1000RR superbike. Sleek lines, nice colorways, and clean angles make the S1000R stand out in traffic. 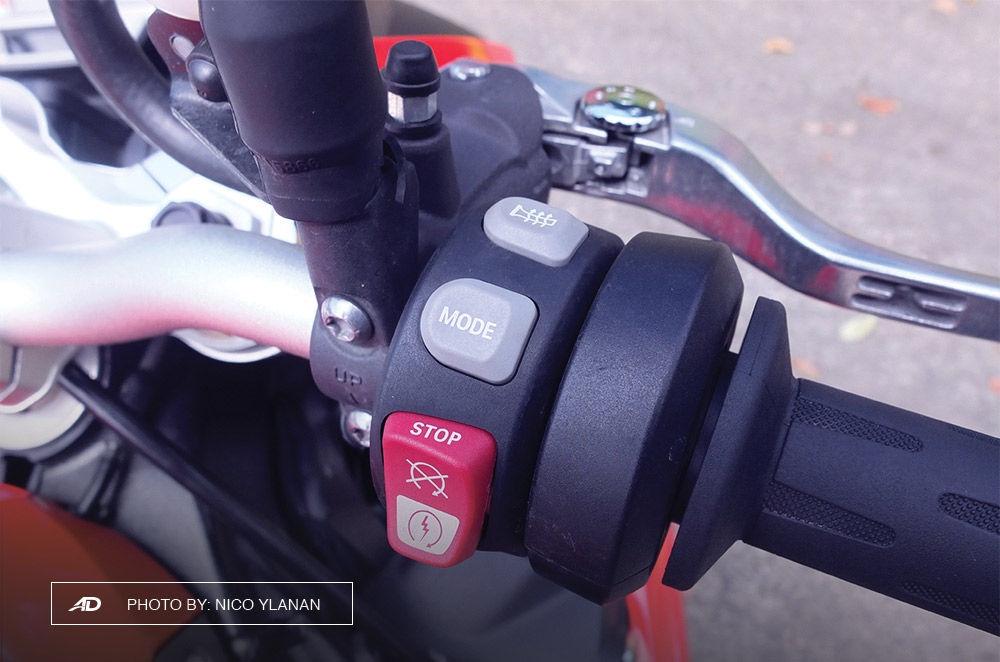 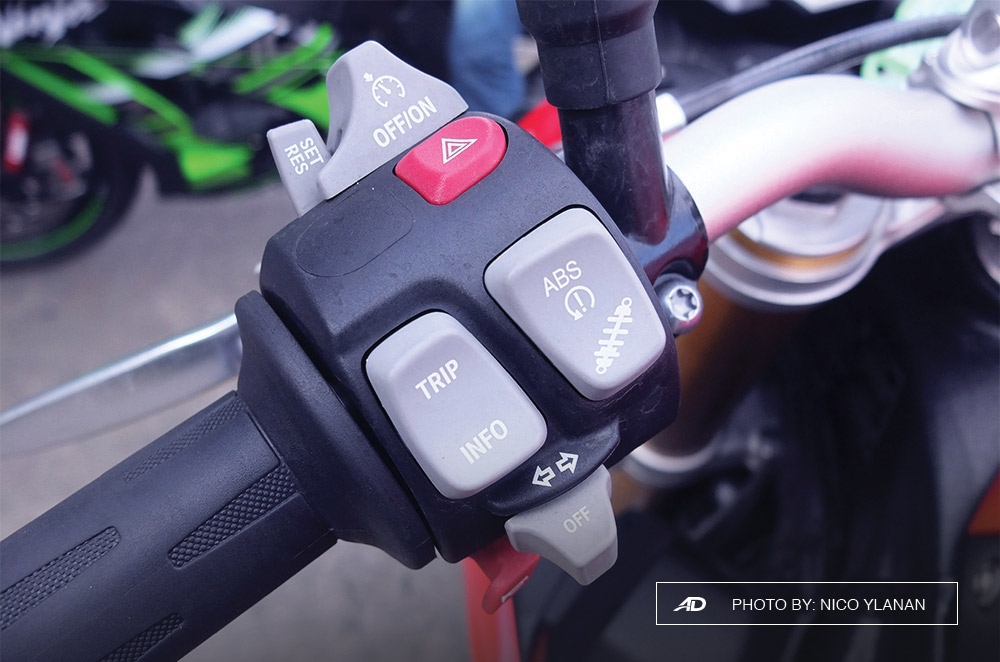 BMW has a knack for making their bikes safe and accessible to ride for most, and fewer still will be able to push the limits on the road. Almost every control surface of the motorcycle has some sort of active or passive safety technology. Our tester S1000R had ABS and traction control that could be turned off at will, a quickshifter for clutchless upshifts and downshifts, and different riding modes. Each riding mode adjusted the mapping and throttle sensitivity, but dynamic and road modes were our go-to’s for spirited and lively riding.

Electronically adjustable Sachs suspension was an awesome addition to our tester, as I could simply toggle from hard, soft, and normal spring rates. I could even adjust the suspension to accommodate a passenger; all with the press of a button. Cruise control was included, as was heated grips. The former is useful for long stretches of highway, and the latter was great for wet, rainy rides. All the buttons of the S1000R are nice, high quality stuff; something we’d expect at this level of motorcycle from BMW, but why aren’t they illuminated (I’m nitpicking)? Dashboard is easy to read and the menus can be cycled easily. Information is king with the LCD instrument cluster, and plus points for making the analog rev counter and digital speedometer look good again. What I love about the S1000R is the power delivery - smooth and progressive when you want it to be, then explosive and abrupt when you want to leave your riding buddies behind. The 160hp power plant doesn’t disappoint, and the added responsiveness of the 112Nm of torque at lower RPMs make this motorcycle a blast to ride on the backroads. Ride it hard up to 12,000rpm, shift up, and hear the pops and burbles from the exhaust. It’s genuinely good fun and can keep up with its fully-faired brother (the S1000RR) in all but the dragstrip. Flexibility is the key word here, making the S1000R almost a jack of all trades.

BMW also changed the geometry of the cast aluminium frame to better suit the more upright seating position. The fork rake is less steep, and the wheelbase has been lengthened to give the bike greater stability. Seating position is comfortable, with the bars providing nice leverage. My only gripe is the steering lock; it doesn’t take long to reach full lock so getting through tight spaces will need more planning and some leaning involved.

The S1000R feels at home in almost any environment, even in rush hour traffic the bike never complained or felt to hot to ride. In the city, the bike becomes an urban brawler capable of getting you to and from your destination quickly, keeping pace with the smaller scooters when it comes to filtering. Highway miles are not a problem thanks to cruise control and a fantastic seat; just be prepared for wind buffeting. Such is the naked motorcycle life. I’d even go as far as saying that you could slap bags on, a taller windscreen, and go touring on the S1000R. Wring it out and expect over 200 km/h easily, with top speed highly dependent on the strength of your neck muscles. Grab a handful of brake and the top component 320mm Brembos are almost like hitting a brick wall.

Taking the S1000R up to Infanta, Quezon proved to be motorcycle heaven, as the weekday traffic was non-existent, allowing the bike to tackle sweepers with so much gusto - egging me to go faster into each corner. The weight is so neutral and the bike feels so planted that it encourages aggressive riding, with the only limiting factor being courage. All the riding assists seem to work seamlessly in the background; no intrusions or weird reactions from the electronics despite being ridden hard. Some would say that it dilutes the experience, makes you feel you are merely along for the ride, but the S1000R chooses the right set of safety tricks to keep you from getting in over your head. Of course, you could always turn all those gizmos off and hold on tight, in which case the S1000R obliges happily. It’s a shame that many people never give the S1000R a second look, as BMW has managed to take the narrowly-focussed RR and give it broader appeal. Given the chance, and the money (huge factor), I wouldn’t think twice about picking one up for myself. The S1000R is still plenty quick, and handles well enough that only a select few riders will ever approach its limits. Its combination of everyday usability and track capable aspects almost make the S1000R the perfect naked roadster, ticking every box on the checklist.