The Yamaha Tracer 7 GT mid-size sport-touring bike has been updated for the 2022 model year.  It boasts new color schemes, as well as all of the CP2 engine's fantastic characteristics. The new bike is available in Europe and comes with a number of long-distance-focused features. Let's look at it more closely. 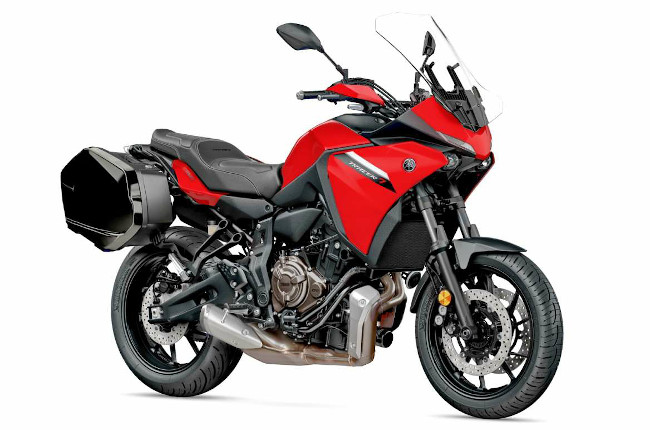 The 2022 Yamaha Tracer 7 GT keeps the same shape as the 2020 model, with a semi-naked sports touring style and a streamlined design. The YZF-R series, with its sleek, crisp fairings, lends an air of sportiness to the bike. A big windshield keeps the driver from being buffeted by the wind. The headlamps have a similar design to Yamaha's flagship supersport, the YZF-R1. The new color palette is the most visible change. The Yamaha Tracer 7 GT will be available in three color schemes in 2022: Tech Camo, Redline, and Icon Performance, which employs the same color scheme as the top-of-the-line Yamaha R1M, and includes Yamaha Blue alloy rims.

The powerful 689cc crossplane parallel-twin cylinder, 4-stroke, 4-valve, DOHC, liquid-cooled engine is, of course, the major attraction of the 2022 Tracer 7 GT. With a maximum output of 76 horsepower at 8,750 rpm and a maximum torque of 67 Nm at 6,500 rpm, it's noted for delivering powerful acceleration and torque. It has a six-speed gearbox with a wet multi-plate clutch with assist and slipper capability that distributes power to the rear wheels. 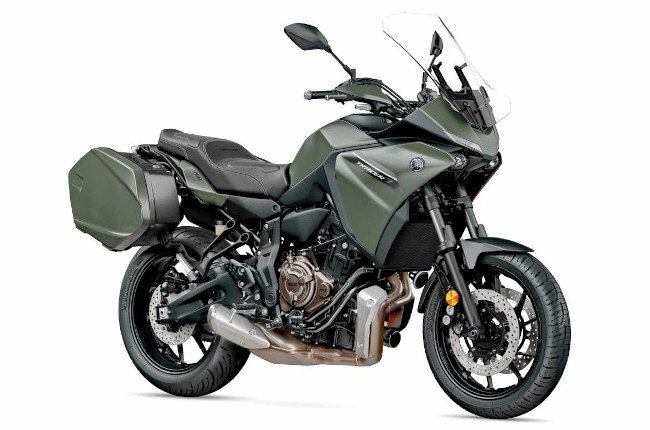 The chassis will remain a lightweight diamond frame with a telescopic front fork, monoshock rear suspension, and forged aluminum swingarm. The front brakes have twin 298 mm discs with four-pot calipers, while the rear brake has a single 245 mm disc. It rides on 17-inch alloy wheels with a front tire of 120/70 R17 and a rear tire of 180/55 R17.

Interestingly, Yamaha has made this bike limited to certain markets in the U.S. and Europe. It has never been officially sold in the Philippine market, which is a shame, really, considering just how potent the Yamaha MT-07 platform is. This has been proven by the recently released Tenere 700, which has fast become a favorite among hardcore ADV enthusiasts, not just in the Philippines, but across the globe. No doubt, should the Tracer 7 GT make its way to the Philippines, it’ll be a massive hit among the sport-touring crowd.